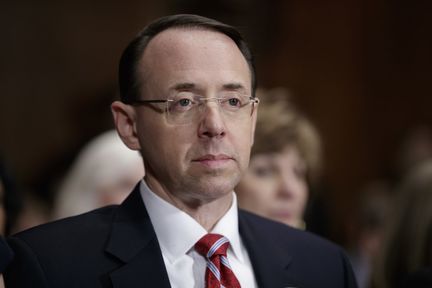 Rebecca Roiphe in NYRB on the rule of law in not fairly liberal times:

'Part of the reason the president has been so successful in undermining prosecutorial independence is that, over the last century, politicians and policy leaders on the left have failed to develop a language to defend these essential but informal aspects of government. It was progressive legal scholars, beginning in the early twentieth century who first argued that the law is an imperfect, even flawed instrument, inevitably affected by personal views and political bias. In the 1970s, another group of liberal philosophers and legal scholars at Harvard Law School, known as the Critical Legal Studies movement, drew on the New Left critique of institutions and the state to push this argument even further. In an odd alliance, these radical law professors voiced the view—now shared, in a malign way, by President Trump—that law is merely another tool of the powerful.

Some liberal legal scholars and philosophers, known as the Legal Process School, tried to restore the legitimacy of the law to justify the role of courts and legal institutions in democracy. They developed theories about the importance of institutions and norms in constitutional understanding, and argued that while the law itself may be indeterminate, the process of reasoned decision-making and the allocation of key tasks to the right institutional players gives the law and the courts a vital role in our democratic system. Unfortunately, liberal politicians and pundits failed in the 1970s and 1980s to articulate a popularized version of this theory that could compete with the right’s vision of the law, and its enforcement, as an embodiment of the social order.'

'I think not. While norms may seem fragile, more malleable and weaker than the law itself, they are, in fact, far stronger than they seem. During the Army-McCarthy hearings, in which a Senate subcommittee was investigating allegations of corruption against McCarthy staffer Roy Cohn, as well as communist infiltration in the military, chief counsel to the Army Joseph Nye Welch famously asked Senator Joe McCarthy, “At long last, have you left no sense of decency?” This one statement, which many see as a turning point for public opinion against McCarthy, did not refer to broken laws or constitutional violations. It was the integrity of those charged with protecting the law that Welch invoked so effectively. It is not surprising that Cohn, who embodied the ruthless pursuit of power without regard for ethical limits, later became Donald Trump’s acolyte—and Trump’s attack-dog model of how lawyers should serve their clients.

While Rosenstein and Mueller are currently the most visible guardians of prosecutorial independence, there are layers and layers of career prosecutors who can also take up the mantle. Even a president dead-set on gutting “the administrative state” (as his former adviser Steve Bannon called it) cannot clear all the ranks of trained professionals without hobbling his own government.'

I do share Rebecca Roiphe's fragile optimism (the main distinction between optimism and pessimism is that pessimism is never fragile) but let's not forget that the loyal members of the administrative state, once guardians of the prosecutorial independence, can very well become loyal servants of the tyrant du jour.