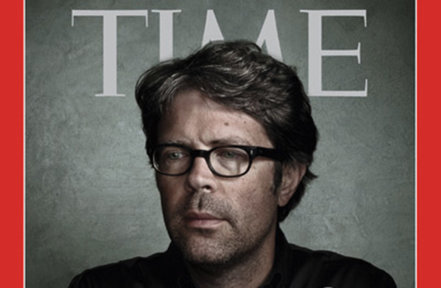 True irony is nothing less than humanism, and its not dead yet.
Please read Taffy Brodesser-Akner's profile of Jonathan Frantzen in today's NYT:

'In March, a year after we first met, as the world grappled with the ravages and betrayals of social media and a friend and I began keeping track of people who constantly updated Twitter with news from their Twitter sabbaticals, Franzen published a story about birds in National Geographic to kick off the magazine’s Year of the Bird. “CBS This Morning” went to Santa Cruz to look at birds with him for the occasion. He told the reporter how to spot the birds using the binoculars, to keep the eyes on the bird and bring the binoculars to her face so she could quickly refocus. She yelped with joy at the sight of two sleeping owls, and Franzen’s face became the smiley, delightful thing it occasionally does when someone seems to understand. He told her that the first time he was taken bird-watching, he had a similar reaction. “The scales had fallen from my eyes,” he said. “It was like being introduced to sex.” An hour later, The Cut ran a short piece titled “We Regret to Inform You That Jonathan Franzen Has Compared Birdwatching to Sex.”

But Franzen never saw it. He was in Santa Cruz, his own Brigadoon. He was preparing the nonfiction book of essays, which will be called “The End of the End of the Earth,” coming to bookstores in November. He was talking to Showtime again about doing “Purity” as a shorter capsule series.'

I hope that our own faces will become smiley, delightful things when someone seems to understand. Or not, but sublimation will always be there for us.