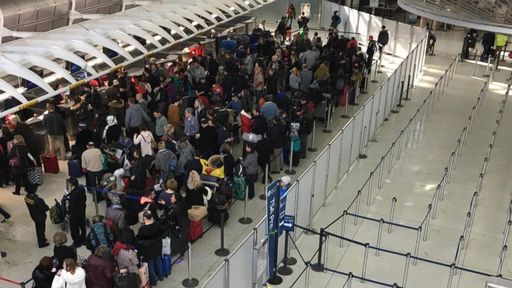 "Noam Chomsky used to surprise interviewers by saying that he continued to live in America, in spite of his opposition to its foreign policy, because it was the ‘greatest country on earth’. An exaggeration, to be sure, but for many years a case could be made that the United States remained a comparatively free and open society, welcoming of immigrants, more accepting of hyphenated identities and cultural difference than most Western European societies. Even black Americans, who had the least reason to have hope in America (and nowhere else to go), could draw inspiration from its promise. As Langston Hughes put it, ‘America never was America to me,/and yet I swear this oath!/America will be!’ Hughes’s certainty that ‘America will be’ – a faith that sustained not only the civil rights movement but feminism, gay liberation and other movements for equality – is hard to share today. Trump remains popular with about 40 per cent of the electorate, and among Republicans – 27 per cent of the electorate – his approval ratings are at 90 per cent. He does not command the support of most Americans, but he isn’t weak, either, because he has a fanatical cult behind him. Anthony Kennedy, who has announced his resignation from the Supreme Court, has handed Trump another opportunity to cement his judicial legacy. The Court will soon be reconsidering such matters as reproductive freedom, gay marriage and voting rights: right-wing groups are especially keen to limit black turnout in the 2020 presidential election. There’s no reason to believe the Muslim ban might not be extended with the Court’s approval, or other restrictive measures introduced."

"‘We’re America, bitch’ is also Trump’s message to Muslims denied entry to the US and undocumented immigrants sitting in cages. The reality of America under Trump is much worse than the nightmare I envisaged, because the movement that he leads is more potent than the Republican Party, and much larger than Trump himself, even if he has provided both with a charismatic figurehead. Voting him out may turn out to be the easy part. Repairing the damage he has caused, and containing the domestic forces he has unleashed, will be far more difficult."

Voting him out may be the easy part, yes. Or maybe not,

The lust for destruction and boredom go hand in hand. That's one the problems of democracy, people look for excitement in politics, another branch of popular culture.