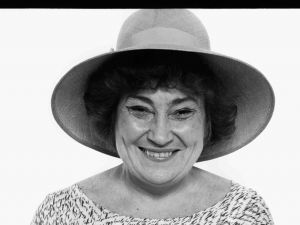 And here's Bella Abzug (arguably one of the more beautiful names) - a friend thought that I would like this quote and yes I did:

'It set an agenda and forged a movement that would eventually help topple gender barriers in politics and elevate women to the United States Supreme Court [Sandra Day O’Connor in 1981] and to running mate on a major party’s national ticket [Geraldine Ferraro in 1984].

“Our struggle today is not to have a female Einstein get appointed as an assistant professor,” Abzug once said. “It is for a woman schlemiel to get as quickly promoted as a male schlemiel.”'

I'm against too much equality, but this equality I will promote till the end of my life: Humanism is schlemielism.