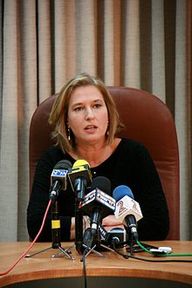 And now whitewashing and democracy, an editorial in Ha'aretz:

"The vote on the law has updated the political fault line in Israel: the discrimination camp vs. the equality camp; the supporters of apartheid against the supporters of democracy. It is true that Israel’s Arab citizens have been discriminated against since the state’s establishment by the governments on both the left and right. But liberal basic laws and High Court of Justice rulings during the past generation advanced the drive toward equality and integrating the minority, which Netanyahu is now seeking to destroy.
The opposition, now headed by Tzipi Livni, must unite, as it did in the vote on the nation-state law, and present the public with a strong, simple message: equality. There is no more appropriate foundation for Israel’s future as a prosperous democratic society. Netanyahu must not be allowed to rip the Declaration of Independence to shreds and turn Israel into a whitewashed version of the occupation regime in the territories."

Don't expect too much of the opposition, occupation regimes are moving forward but there is a small comfort, the inevitable mach of history is never as inevitable as some people think. We've overcome the pest, maybe one day we will overcome the lethal cocktail of fear, identity and resentment.