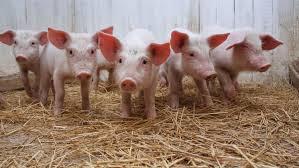 There is war, Ross Douthat about the war:

'The world of Brett Kavanaugh and Christine Blasey Ford’s youth, the world that's given us this fall's nightmarish escalation of the culture war, was not a traditionalist world as yet unreformed by an enlightened liberalism. It also wasn’t a post-revolutionary world ruled by social liberalism as we know it today. Rather it was a world where a social revolution had ripped through American culture and radically de-moralized society, tearing down the old structures of suburban bourgeois Christian morality, replacing them with libertinism. With "if it feels good, do it" and the Playboy philosophy. With “Fear of Flying” for women and “Risky Business” and “Porky’s” for the boys. With drunken teenage parties in the suburbs and hard-core pornography in Times Square.'

'But two groups’ deep differences means that neither can abide the possibility of the other’s final victory. Thus in the late 1990s, when evangelical Christianity seemed to be growing and Republican power with it, feminists who had once railed against sexual harassment suddenly found reasons to make their peace with the piggery — sorry, European cultural sophistication — of a liberal president, and to dismiss even credible rape allegations as a neo-puritanism that needed to be defeated at all costs.'

'In which case the war between competing moralisms will also become a war between the sexes, making a fuller re-moralization impossible while sacrificing the human future to permanent resentment, misunderstanding and distrust.'

Read the article in NYT here.