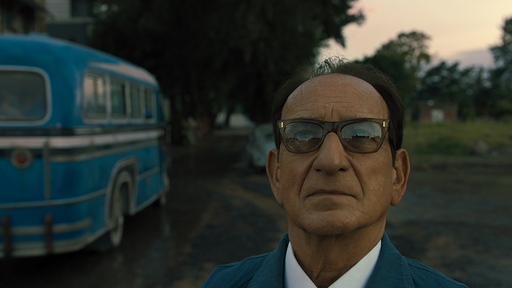 Richard Brody in The New Yorker on "operation Finale", the latest Echmann-movie direct by Christan Weitz:

'Far from rendering Eichmann merely mechanical, impersonal, and unaware, “Operation Finale” presents an ordinary person in the grip of passion—a passion of hatred that became the law of the land and that transformed murder into an ostensible act of patriotism. Its very subject is the fatal leap of a sick faith, race hatred, on the basis of which depravities are made possible—rationalized in the name of law, legitimized in the name of justice, justified in the name of self-defense. Far from being a mental neuter, Eichmann knew what he was doing and why he was doing it; “Operation Finale” gets behind the façade of his pose of passivity at trial and reveals the all-too-human energies of ordinary monstrosity that, then as now, motivate and rationalize official acts of cruelty.

The movie is entertaining, and whether the depiction of Eichmann as "an ordinary person in the grip of passion" is true to reality is open for discussion, anyhow thanks to Ben Kingsley: this the most human Adolf Eichmann I've ever seen.
The desire to dehumanize one's enemies is understandable but self-defeating; the monster in captivity turns out to be extremely human.

And now its time to read Bettina Stangneth’s “Eichmann Before Jerusalem".