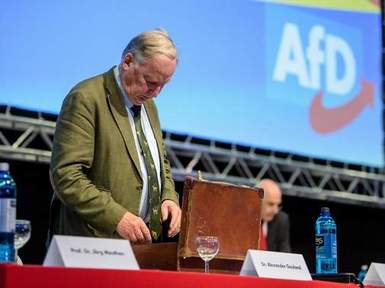 Der Spiegel on the AfD and the end of democracy:

"Levitsky and Ziblatt conclude in their book that autocrats are most successful when proponents of democracy and the democratic institutions don't defend themselves rigorously enough. The Federal Republic of Germany was conceived as a democracy that should be capable of defending itself -- in no small part because of its own difficult history. If the AfD continues to radicalize, it must be placed under official observation and ultimately banned."

Civil war is the conscious or less conscious goal of all extreme-right parties in Europe, and the mainstream lacks the imagination that war may come back to Europe once again.