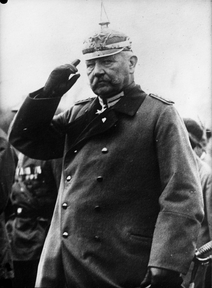 'As a historian specializing in the Holocaust, Nazi Germany, and Europe in the era of the world wars, I have been repeatedly asked about the degree to which the current situation in the United States resembles the interwar period and the rise of fascism in Europe. I would note several troubling similarities and one important but equally troubling difference.

In the 1920s, the US pursued isolationism in foreign policy and rejected participation in international organizations like the League of Nations. America First was America alone, except for financial agreements like the Dawes and Young Plans aimed at ensuring that our “free-loading” former allies could pay back their war loans. At the same time, high tariffs crippled international trade, making the repayment of those loans especially difficult. The country witnessed an increase in income disparity and a concentration of wealth at the top, and both Congress and the courts eschewed regulations to protect against the self-inflicted calamities of free enterprise run amok. The government also adopted a highly restrictionist immigration policy aimed at preserving the hegemony of white Anglo-Saxon Protestants against an influx of Catholic and Jewish immigrants. (Various measures barring Asian immigration had already been implemented between 1882 and 1917.) These policies left the country unable to respond constructively to either the Great Depression or the rise of fascism, the growing threat to peace, and the refugee crisis of the 1930s.

Today, President Trump seems intent on withdrawing the US from the entire post–World War II structure of interlocking diplomatic, military, and economic agreements and organizations that have preserved peace, stability, and prosperity since 1945. His preference for bilateral relations, conceived as zero-sum rivalries in which he is the dominant player and “wins,” overlaps with the ideological preference of Steve Bannon and the so-called alt-right for the unfettered self-assertion of autonomous, xenophobic nation-states—in short, the pre-1914 international system. That “international anarchy” produced World War I, the Bolshevik Revolution, the Great Depression, the fascist dictatorships, World War II, and the Holocaust, precisely the sort of disasters that the post–World War II international system has for seven decades remarkably avoided.'

'If the US has someone whom historians will look back on as the gravedigger of American democracy, it is Mitch McConnell. He stoked the hyperpolarization of American politics to make the Obama presidency as dysfunctional and paralyzed as he possibly could. As with parliamentary gridlock in Weimar, congressional gridlock in the US has diminished respect for democratic norms, allowing McConnell to trample them even more. Nowhere is this vicious circle clearer than in the obliteration of traditional precedents concerning judicial appointments. Systematic obstruction of nominations in Obama’s first term provoked Democrats to scrap the filibuster for all but Supreme Court nominations. Then McConnell’s unprecedented blocking of the Merrick Garland nomination required him in turn to scrap the filibuster for Supreme Court nominations in order to complete the “steal” of Antonin Scalia’s seat and confirm Neil Gorsuch. The extreme politicization of the judicial nomination process is once again on display in the current Kavanaugh hearings.

One can predict that henceforth no significant judicial appointments will be made when the presidency and the Senate are not controlled by the same party. McConnell and our dysfunctional and disrespected Congress have now ensured an increasingly dysfunctional and disrespected judiciary, and the constitutional balance of powers among the three branches of government is in peril.

Whatever secret reservations McConnell and other traditional Republican leaders have about Trump’s character, governing style, and possible criminality, they openly rejoice in the payoff they have received from their alliance with him and his base: huge tax cuts for the wealthy, financial and environmental deregulation, the nominations of two conservative Supreme Court justices (so far) and a host of other conservative judicial appointments, and a significant reduction in government-sponsored health care (though not yet the total abolition of Obamacare they hope for). Like Hitler’s conservative allies, McConnell and the Republicans have prided themselves on the early returns on their investment in Trump. The combination of Trump’s abasement before Putin in Helsinki, the shameful separation of families at the border in complete disregard of US asylum law (to say nothing of basic humanitarian principles and the GOP’s relentless claim to be the defender of “family values”), and most recently Michael Cohen’s implication of Trump in criminal violations of campaign finance laws has not shaken the fealty of the Republican old guard, so there is little indication that even an explosive and incriminating report from Special Counsel Robert Mueller will rupture the alliance.

But the potential impact of the Mueller report does suggest yet another eerie similarity to the interwar period—how the toxic divisions in domestic politics led to the complete inversion of previous political orientations. Both Mussolini and Hitler came to power in no small part because the fascist-conservative alliances on the right faced division and disarray on the left. The Catholic parties (Popolari in Italy, Zentrum in Germany), liberal moderates, Social Democrats, and Communists did not cooperate effectively in defense of democracy. In Germany this reached the absurd extreme of the Communists underestimating the Nazis as a transitory challenge while focusing on the Social Democrats—dubbed “red fascists”—as the true long-term threat to Communist triumph.'

Read the article in NYRB here.

The gravedigger of American democracy - quite an indictment, and unfortunately gravediggers tend to be forgotten rapidly, who remembers Hindenburg?

And above all, the lack of effective defense of democracy. Nobody liked Weimar very much, the world paid a high price for this lack of love.
Nobody likes the post-war order very much. The left and the middle may turn out to be enablers of fascism once again. Boredom and lack of imagination and a few seasons later we reap destruction.