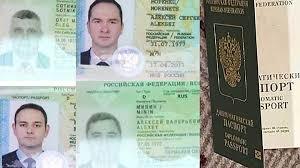 Anshel Pfeffer in Ha'aretz on Russia, the Netherlands and cyber warfare:

'The joint decision by the governments of the Netherlands and Britain Thursday to put Russia in its place, deport four Russian “diplomats” and publicly reveal their findings over the apparently botched operation to hack in to the computers of the Organization for Prohibition of Chemical Weapons, was an attempt at drawing clearer lines.'

'Without serious backing from the White House, the U.S. intelligence and law enforcement agencies have to make do with individual indictments against Russian operatives, as the U.S. Department of Justice did Thursday against seven GRU agents who are accused of hacking, among other targets, the computers of anti-doping agencies.
This will have been another operation for Putin, who was personally offended by the banning of hundreds of Russian athletes from international competitions after they took part in the wholesale use of performance-enhancing drugs, under the auspices of his protégé, deputy prime minister and former sports minister Vitaly Mutko.
The seven suspects are accused of also hacking a nuclear research facility and the computers of investigators of the downing of a Malaysian airliner by a Russian missile, over Ukraine in 2014. Three of the seven have already been separately indicted for hacking the Democrats during the election.
But the indictments of agents living safely, who are unlikely ever to stand before a court, will do little to deter future attacks and cannot replace more serious Western action. The Russians and the Chinese have so many convenient targets – even if training hackers capable of covering their footsteps takes longer than expected.'

In other words, indictments are largely symbolic, the Russians and the Chinese are winning the war. At least this war.