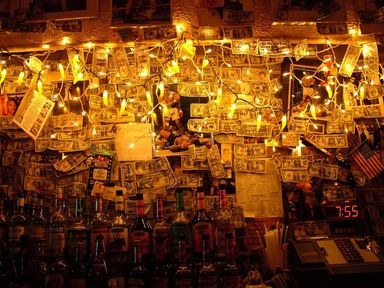 I walked to the 43rd street. There a many bars on 43rd street, even an Italian restaurant, and something that claimed to Belgian.
Since this something that claimed to be Belgian came as close to 125 w 43rd street as possible I spent 30 minutes there at the bar.
My friend Barry was nowhere to be seen.
And the question, “is it possible that this place used to be called Jimmy’s Neutral Corner?” aroused some laughter but no real answer.
I went home and wrote a friendly e-mail to Barry: 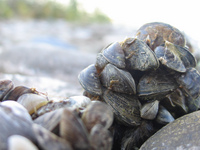 Jimmy's Neutral Corner ceased to exist. Its telephone number as well. I went into a few other bars on 43rd street with tables in the back ( and in the front) and some decent gentlemen around the tables, but no one as decent as you.
I called you, but I assume the noise of the bar or the heat of the discussion were stronger than the vibrations of your phone.

Not long after writing this mail Barry called me. The boxing bar with tables in the back was on 44th street.
Barry and I had dinner together. At the end of a lovely meal he suggested that I give him a few quotes for the Dutch edition of his book.
And then there are still people who claim that there is no friendship in the world of literature