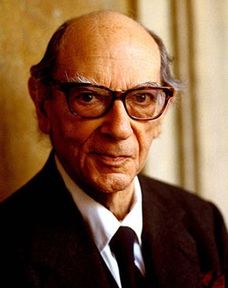 'A simple list of Isaiah Berlin’s principal beliefs, stripped of the rich detail and nuance that he always supplied, may strike the reader as so obvious as to be banal; yet his positions have not always been taken as obvious. Berlin occasionally defined genius as the ability to turn a paradox into a platitude, and part of his own genius was to effect such a transformation about matters central to human self-understanding, which he saw as the fundamental objective of philosophy. “Know thyself”, as the ancient maxim has it. Consider the summary of Berlin’s views that follows: how many of them were once, or still are, considered controversial?

Definitive, universal answers to most moral and political questions are in principle impossible, so that the attempt to impose such answers, especially by force, is never justified. There is often more than one right answer, partly because human values and the cultures they variously contribute to are irreducibly distinct from one another – cannot be translated into the terms of a common denominator. Nor, therefore, can either values or cultures be ranked in an objective hierarchy.

Not all needs, desires and values are shared by everyone, but many are common to the great majority of human beings, whatever time, place or society they belong to. If it were not so, we could not understand, assess and communicate with others. One of our shared needs is to belong to a community whose language and form of life we can effortlessly negotiate, recognizing them as a central part of our identity. This is the basis of cultural nationalism, a peaceable cousin of political nationalism, and one we should not aspire to eliminate in favour of cosmopolitanism, which Berlin called “the shedding of all that makes one most human”.'

'All these ideas are different ways of resisting an apparently permanent human impulse to simplify, to universalize, to generalize, to claim certainty where it cannot be had. In the realm of humanistic ideas there is an endless battle between this tendency and the more realistic intellectual personality that stands against it, and of which Isaiah Berlin was a peerless example.'

The human aversion against ambiguity is the cornerstone of most religions and ideologies.

To torn paradoxes into platitudes is maybe also the work of the novelist, at least partly.