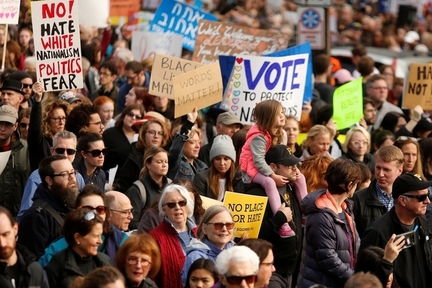 Allison Kaplan Sommer on American Jewry and Israel in Ha'aretz

"Not only did Israel’s leaders choose Trump over American Jews, but they did so easily, naturally, without hesitation, leaping to the defense of a political leader who is actively and openly fanning the flames of hatred that now has an unprecedented death toll. That they did this, and did so before the bodies of eleven American Jews: brothers and sisters, mothers and fathers, grandmothers and grandfathers, were even buried, was experienced as a stab in the back, which, even if it does heal one day, will leave a scar.
The image of the president touching down in Pittsburgh against the wishes of the mourners, no national congressional leaders or local politicians agreeing to been seen greeting him, accompanied only by Israeli ambassador Ron Dermer as a political flak jacket will remain an indelible image."

The Israeli leaders tend to be in love with their extreme-right counterparts all over the world, from Hungary to Brazil. After all, you can be an anti-Semite and love Israel at the same time.