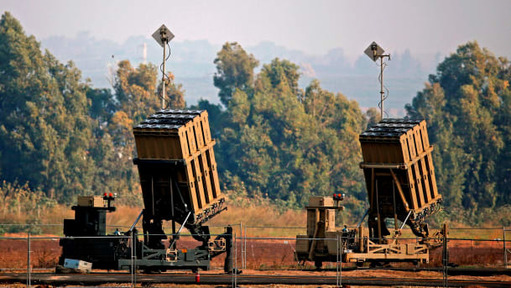 Amos Harel on the question "why now?" and some other issues:

'The immediate question posed by the special forces operation Sunday is, why now? The operation took place in the midst of prolonged efforts to reach a long-term cease-fire in the Gaza Strip, while Prime Minister Benjamin Netanyahu was at an important diplomatic conference in France and only a few hours after he, in a long and persuasive speech at a press conference, explained why he thought every effort should be made to reach an agreement in the Strip and avoid war.

The initial Palestinian reports claimed the Israeli operation was an attempt to assassinate or to abduct a senior commander in Hamas’ military wing. Israel’s official response was delayed for many hours, but on Monday morning the picture gradually became clearer: It was not a liquidation attempt, but rather a special forces operation. It is doubtful whether taking out a Hamas battalion commander could justify a return to the policy of assassinations. In any event, if this was want Israel wanted to do, there are enough ways to do it without putting a ground force at risk in the heart of the Gaza Strip.
Netanyahu has been seemingly too invested in efforts to reach a deal with Hamas to approve such an operation. The Israel Defense Forces is not providing many details, but the operation appears to have been an intelligence-gathering maneuver, possibly connected to Hamas’ military infrastructure (the tunnel network or its weapons development system). In the recent years of the interwar period, Israel has been exploiting the chaos in the Arab world to conduct many similar cross-border operations. The vast majority of these maneuvers are kept secret.
The discovery of the fighters was an operational hitch that will require an in-depth investigation within the military. Was there something about the force’s conduct, or in the preparations for the operation, that revealed the fighters’ identity to Hamas, even though according to reports they were dressed like Arabs? Still, the fact that the operation ended with only killed and one wounded, and that the other members of the unit were rescued without anyone else being injured or — no less important — abducted, is admirable. It’s clear that a lot of resourcefulness and coolheadedness was needed to extract the force from a location three kilometers into built-up enemy territory.

The information about the operation that Haaretz was able to obtain indicates that the fighters from an elite unit were identified by a Hamas security force in the village of Abasan, in an agricultural area on the eastern outskirts of Khan Yunis. IDF Spokesman Brig. Gen. Ronen Manelis said the force had been in the midst of a “prolonged activity.” The commander of the special forces unit, who has been identified only as Lt. Col. “M.,” was killed in the initial exchange of fire. His next-in-command, a captain in the reserves, suffered gunfire injuries but managed to lead the rest of the fighters out until they met the rescue forces.

Israeli forces in the area returned fire, injuring a number of Hamas militants. The forces withdrew under air cover, which attacked many targets in the area. Palestinian sources claimed the soldiers left the Gaza Strip by helicopter and that the IDF bombed the vehicles they had left behind. There were pictures and videos from the Strip off two burned vehicles.
The wounded officer was hit by a bullet that penetrated his lower back and hit his groin, near a major artery. It was difficult to bandage him in the field and he lost a lot of blood, but the quick evacuation helped save him. He was taken to Soroka Medical Center in Be’er Sheva, where he underwent surgery. His condition was upgraded to moderate. He was conscious and able to speak with members of his family.
The IDF breathed a sigh of relief at the end of Sunday night for two reasons: the fact that the wounded man’s life was saved and that there were no more casualties. A bigger mess-up, with lots of casualties or an abduction, would be considered a strategic event that would lead to a major escalation. Israel has already been dragged into such a situation in the past, when within a month in the summer of 2006, Gilad Shalit was abducted and then reservists were kidnapped in the north, leading to the Second Lebanon War. The kidnapping of a fighter in an elite unit would have exacerbated the consequences, given the intelligence risks involved.
Security sources said Monday that the rescue of the force was “hair-raising” and that only the courage of the fighters and the rescue squad prevented additional casualties. No less fascinating are the identities of the dead and wounded officers, which, unusually, remain classified by the censor. When one combines the details of the incident with the personal backgrounds of the two, one gets a scenario that television executives would reject as being too extreme and unrealistic.'

Or these kind of activities take place regularly, this botched attempt was just a result of bad luck and/or strategical failures.
The other possibility is that the operation was a political maneuver to provoke the different fractions in Gaza.

Whatever the answer, I guess that also this time both parties will after some exchange of fire (and wounded and killed civilians) opt for a return to negations, knowing that they have not much too gain from war, the status quo appears to be more attractive.