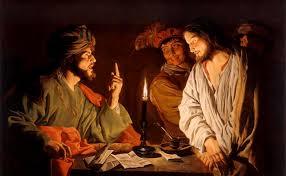 Thanks to a friend I stumbled upon this review in The Economist on John Gray's "Seven Types of Atheism":

'In “Seven Types of Atheism” Mr Gray neatly recapitulates his arguments, combining them with a whistle-stop tour of modern unbelief from the Marquis de Sade through to Friedrich Nietzsche and Joseph Conrad. He gives Christianity its due, conceding that not all enlightenment began at the Enlightenment and pointing out the imperfections of that era’s heroes—the racism of Hume, Kant and Voltaire, for instance. Many of the saints of modern liberalism were not as secular as they might seem, he suggests. John Locke’s liberalism is indebted to Christianity at every point; John Stuart Mill’s insistence that morals did not depend on religion “invoked an idea of morality that was borrowed from Christianity”. The new orthodoxy Mill founded was deeply rooted in Christianity, Mr Gray says: “the belief in improvement that is the unthinking faith of people who think they have no religion.”'

'Mr Gray’s provocative, frank approach has three main drawbacks. The first is that the God he says does not exist cannot be recognised as the Christian God. He suggests that it was the apostle Paul and Augustine of Hippo who invented Christianity, turning a local Jewish movement into a universal one that Jesus never intended, and turning Jesus himself from a prophet into “God on earth”. Naturally this disregards the Bible’s account of Christ’s teaching about his identity and purpose. But it also contradicts recent scholarship that sees Paul less as a Roman who created a new faith than as a Jew who thought he was witnessing the long-expected fulfilment of Judaism. It is ironic that, having spent his career denouncing outmoded orthodoxies, Mr Gray rests his critique of Christianity on outdated perceptions.

The second weakness lies in his view that progress is an illusion: “you will find it hard”, he contends, “to detect any continuing strand of improvement” in human society. You don’t have to be Pangloss (or Steven Pinker) to demur; a glance at the history of medicine is ample evidence to the contrary. But the biggest problem is the void to which his skilful demolitions lead. What ought to be the basis for Western civilisation after the decline of religious faith? Mr Gray never proposes nihilism, hedonism or suicide, and seems (like Mr Dawkins) to believe that peace, prosperity, honesty and common decency are good things.'

Yes, but the assertion that 'the belief in improvement is the unthinking faith of people who think they have religion' rings true. And certain acts of intolerance in (and outside) academia by people who believe they are free of religious bigotry are certainly deeply religious, albeit God is absent.

And yes, there is improvement, just compare your dentist with the dentist two centuries ago, but that's not necessarily the same as moral improvement.

There is a human longing for meaning that is I'm afraid an illness, a fever.