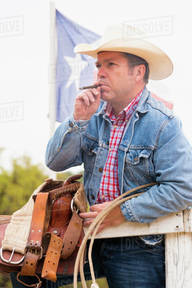 An analysis by David Runciman in LRB on the elections, recommended:

"In Texas, Beto O’Rourke came within three points of capturing Ted Cruz’s state Senate seat. The excitement generated by his campaign may have made this loss seem like a heavy blow to his supporters, but he did remarkably well to get so close. His strategy, which was to concentrate on turning out ‘natural’ Democrats – the young, the college-educated, the metropolitan, the non-white – in sufficient numbers to overwhelm his opponent, was probably always destined to come up short against a well-oiled Republican machine. But demographic destiny appears to favour the Democrats in the South. The young will age without necessarily changing their more liberal attitudes. The white majority will progressively shrink. The cities will continue to swallow up the countryside. It is only a matter of time.

Yet there lies the trap that Trump has set. Democrats are waiting for the future. In the meantime, Trump defines it. Ask yourself this: can you imagine what the world will be like in ten or 15 years’ time if the president’s agenda remains in force? It isn’t hard, though it isn’t pretty either. It would be more protectionist but less regulated, more nationalist but less collaborative; work would be plentiful but much more precarious, public discourse coarser and a lot more violent; international institutions weaker and international relations on a knife-edge; the political landscape of America would be fractured as states got to do their own thing (including on abortion). What, though, would a world run by Democrats be like? I can offer some generalities: more civil, maybe, or at least more insistent on certain civilities; more tolerant, perhaps (or perhaps not); more concerned with justice; more environmentally friendly; better, somehow. But it’s fuzzy, where Trump’s world is in focus. And in politics, something still beats nothing.

The problem for US Democrats, and more generally for social democrats around the globe, is that at a time of rapid and alarming change they don’t have as sharp a vision of the future as the people who want to go back to an imagined past. The centre-left can provide better policy prescriptions, but policy is never enough to produce a clear picture of politics. All the vivid images are coming from the populist fringes. Promising a world without Trump is the best the Democrats have to offer. They are the anti-matter to Trump’s matter.

Whether Trump has been normalised or normality has been Trumpified, the prognosis looks the same. Presidents who lose their first midterms tend to go on to win a second term. It happened to Eisenhower, Nixon, Reagan, Clinton and Obama. Truman and Johnson didn’t try. Kennedy didn’t get the chance. Only Carter and George H.W. Bush failed. Incumbents still have huge advantages under the American system, because the opposition doesn’t get a leader to set its presidential agenda until very late in the day. That’s why it is so hard to defeat a party after one term in the White House but relatively easy after two, when the playing field has been levelled again. Trump could still destroy himself by some act of hubris. A severe economic downturn could yet wreck his chances of re-election. But we are left waiting on his next move."

I'm afraid that normality has been Trumpified, not only in the US of course, and the discussions whether there was a blue wave last Tuesday or not (yes, there was) are merely distractions.