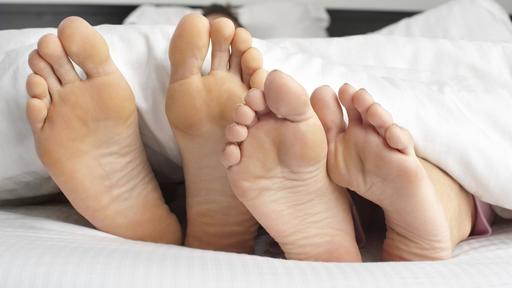 'So the pornified, permissive post-sexual revolution order today seems much more stable than conservative pessimists expected 30 years ago, with no social collapse looming on the horizon.

But liberal optimists were wrong as well — wrong to expect that the new order would bring about a clear increase in sexual fulfillment, wrong to anticipate a healthy integration of sexual desire and romantic attachment, wrong to assume that a happily egalitarian relationship between the sexes awaited once puritanism was rejected and repression cast aside.

Instead we’ve achieved social stability through, in part, the substitution of self-abuse for intercourse, the crowding-out of real-world interactions by virtual entertainment, and the growing alienation of the sexes from one another. (“I’m 33, I’ve been dating forever, and, you know, women are better,” one straight woman in Julian’s story says. “They’re just better.”)

This isn’t the sex-positive utopia prophesied by Wilhelm Reich and Alex Comfort and eventually embraced by third-wave feminists. It’s a realm of fleeting private pleasures and lasting social isolation, of social peace purchased through sterility, of virtual sex as the opiate of the otherwise sexually unsuccessful masses.'

Douthat refers to an article in the Atlantic by Kate Julian:

'Gen Xers and Baby Boomers may also be having less sex today than previous generations did at the same age. From the late 1990s to 2014, Twenge found, drawing on data from the General Social Survey, the average adult went from having sex 62 times a year to 54 times. A given person might not notice this decrease, but nationally, it adds up to a lot of missing sex. Twenge recently took a look at the latest General Social Survey data, from 2016, and told me that in the two years following her study, sexual frequency fell even further.'

'Fisher, like many other experts, attributes the sex decline to a decline in couplehood among young people. For a quarter century, fewer people have been marrying, and those who do have been marrying later. At first, many observers figured that the decline in marriage was explained by an increase in unmarried cohabitation—yet the share of people living together hasn’t risen enough to offset the decline in marriage: About 60 percent of adults under age 35 now live without a spouse or a partner. One in three adults in this age range live with their parents, making that the most common living arrangement for the cohort. People who live with a romantic partner tend to have sex more than those who don’t—and living with your parents is obviously bad for your sex life. But this doesn’t explain why young people are partnering up less to begin with.

Over the course of many conversations with sex researchers, psychologists, economists, sociologists, therapists, sex educators, and young adults, I heard many other theories about what I have come to think of as the sex recession. I was told it might be a consequence of the hookup culture, of crushing economic pressures, of surging anxiety rates, of psychological frailty, of widespread antidepressant use, of streaming television, of environmental estrogens leaked by plastics, of dropping testosterone levels, of digital porn, of the vibrator’s golden age, of dating apps, of option paralysis, of helicopter parents, of careerism, of smartphones, of the news cycle, of information overload generally, of sleep deprivation, of obesity. Name a modern blight, and someone, somewhere, is ready to blame it for messing with the modern libido.'

'At least among people who don’t use dating apps, the perception exists that they facilitate casual sex with unprecedented efficiency. In reality, unless you are exceptionally good-looking, the thing online dating may be best at is sucking up large amounts of time. As of 2014, when Tinder last released such data, the average user logged in 11 times a day. Men spent 7.2 minutes per session and women spent 8.5 minutes, for a total of about an hour and a half a day. Yet they didn’t get much in return. Today, the company says it logs 1.6 billion swipes a day, and just 26 million matches. And, if Simon’s experience is any indication, the overwhelming majority of matches don’t lead to so much as a two-way text exchange, much less a date, much less sex.'

'As I was reporting this piece, quite a few people told me that they were taking a break from sex and dating. This tracks with research by Lucia O’Sullivan, who finds that even after young adults’ sex lives start up, they are often paused for long periods of time. Some people told me of sexual and romantic dormancy triggered by assault or depression; others talked about the decision to abstain as if they were taking a sabbatical from an unfulfilling job.'

Sex and love as an unfulfilling job from which you can take a sabbatical.

The reflex to see this as a kind of catastrophe is just vulgar moralism, what you fear should be morally wrong, otherwise why would you fear it?

And if there's a sex recession among heterosexuals there should also be a prostitution recession, the article in the Atlantic is conspicuously silent about that.