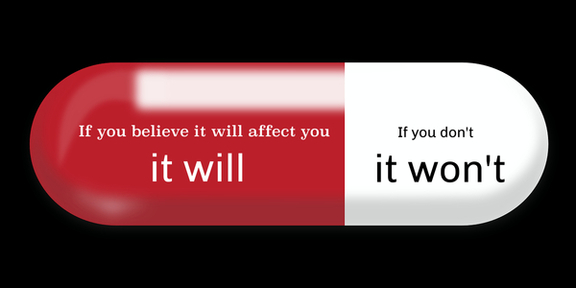 Gary Greenberg in NYT on the placebo-effect (thanks to a friend I finally read this article):

'You don’t even have to deceive the patients. You can hand a patient with irritable bowel syndrome a sugar pill, identify it as such and tell her that sugar pills are known to be effective when used as placebos, and she will get better, especially if you take the time to deliver that message with warmth and close attention. Depression, back pain, chemotherapy-related malaise, migraine, post-traumatic stress disorder: The list of conditions that respond to placebos — as well as they do to drugs, with some patients — is long and growing.
But as ubiquitous as the phenomenon is, and as plentiful the studies that demonstrate it, the placebo effect has yet to become part of the doctor’s standard armamentarium — and not only because it has a reputation as “fake medicine” doled out by the unscrupulous to the credulous. It also has, so far, resisted a full understanding, its mechanisms shrouded in mystery. Without a clear knowledge of how it works, doctors can’t know when to deploy it, or how.'

'At a 1955 meeting of the American Medical Association, the Harvard surgeon Henry Beecher pointed out to his colleagues that while they might have thought that placebos were fake medicine — even the name, which means “I shall please” in Latin, carries more than a hint of contempt — they couldn’t deny that the results were real. Beecher had been looking at the subject systematically, and he determined that placebos could relieve anxiety and postoperative pain, change the blood chemistry of patients in a way similar to drugs and even cause side effects. In general, he told them, more than one-third of patients would get better when given a treatment that was, pharmacologically speaking, inert.
If the placebo was as powerful as Beecher said, and if doctors wanted to know whether their drugs actually worked, it was not sufficient simply to give patients the drugs and see whether they did better than patients who didn’t interact with the doctor at all. Instead, researchers needed to assume that the placebo effect was part of every drug effect, and that drugs could be said to work only to the extent that they worked better than placebos. An accurate measure of drug efficacy would require comparing the response of patients taking it with that of patients taking placebos; the drug effect could then be calculated by subtracting the placebo response from the overall response, much as a deli-counter worker subtracts the weight of the container to determine how much lobster salad you’re getting.'

'The findings of the I.B.S. study were in keeping with a hypothesis Kaptchuk had formed over the years: that the placebo effect is a biological response to an act of caring; that somehow the encounter itself calls forth healing and that the more intense and focused it is, the more healing it evokes. He elaborated on this idea in a comparative study of conventional medicine, acupuncture and Navajo “chantway rituals,” in which healers lead storytelling ceremonies for the sick. He argued that all three approaches unfold in a space set aside for the purpose and proceed as if according to a script, with prescribed roles for every participant. Each modality, in other words, is its own kind of ritual, and Kaptchuk suggested that the ritual itself is part of what makes the procedure effective, as if the combined experiences of the healer and the patient, reinforced by the special-but-familiar surroundings, evoke a healing response that operates independently of the treatment’s specifics. “Rituals trigger specific neurobiological pathways that specifically modulate bodily sensations, symptoms and emotions,” he wrote. “It seems that if the mind can be persuaded, the body can sometimes act accordingly.” He ended that paper with a call for further scientific study of the nexus between ritual and healing.'

'After all, if Hall is right that clinician warmth is especially effective with a certain genotype, then, as she wrote in the paper presenting her findings from the I.B.S./sham-acupuncture study, it is also true that a different group will “derive minimum benefit” from “empathic attentions.” Should medical rituals be doled out according to genotype, with warmth and caring withheld in order to clear the way for the drugs? And if she is correct that a certain ensemble of neurochemical events underlies the placebo effect, then what is to stop a drug company from manufacturing a drug — a real drug, that is — that activates the same process pharmacologically? Welcomed back into the medical fold, the placebo effect may raise enough mischief to make Kaptchuk rue its return, and bewilder patients when they discover that their doctor’s bedside manner is tailored to their genes.

For the most part, most days, Kaptchuk manages to keep his qualms to himself, to carry on as if he were fully confident that scientific inquiry can restore the moral dimension to medicine. But the precariousness of his endeavors is never far from his mind. “Will this work destroy the stuff that actually has to do with wisdom, preciousness, imagination, the things that are actually critical to who we are as human beings?” he asks. His answer: “I don’t know, but I have to believe there is an infinite reserve of wisdom and imagination that will resist being reduced to simple materialistic explanations.”

The ability to hold two contradictory thoughts in mind at the same time seems to come naturally to Kaptchuk, but he may overestimate its prevalence in the rest of us. Even if his optimism is well placed, however, there’s nothing like being sick to make a person toss that kind of intelligence aside in favor of the certainties offered by modern medicine. Indeed, it’s exactly that yearning that sickness seems to awaken and that our healers, imbued with the power of science, purport to provide, no imagination required. Armed with our confidence in them, we’re pleased to give ourselves over to their ministrations, and pleased to believe that it’s the molecules, and the molecules alone, that are healing us. People do like to be cheated, after all.'

So certain people react better to the placebo and to TLC than others. Indeed, if this is proven we can leave patients who don't need TLC in order to heal to the cold, maybe even slightly sadistic doctors.
But even this group pf people might like, enjoy or even crave for the loving attention of the doctor and the nurse.

And even without sickness people yearn to toss their intelligence aside and to put their fate in the hands of mysterious or less mysterious healers. We should not forget the "political healer" here, who has enormous power over the masses, even though his placebos are not as benign as the placebos used in healthcare.