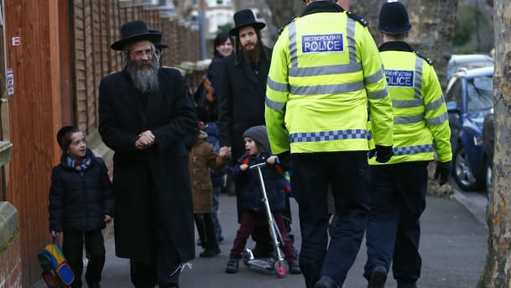 On being good enough for the ovens, Nicolas Lezard on the NYRB Blog:

'And it was around the same time that those playground taunts about Jewishness—that “groo, groo” gesture and talk of hoarding “shekels”—changed their tone. This caricature, so crude as to seem medieval, disappeared from the scene, to be replaced by something more nuanced, but perhaps more sinister. One of the things about The Hall was that many of its pupils were of Jewish ancestry; yet even Jewish pupils were not necessarily above using this taunt. After we fed on the fascinating horrors of the camps in Things That Matter, a certain calculation began to creep in: Who among us was Jewish, or Jewish enough?

I can recall the exact spot on the playground where the exchange occurred: in response to a question about my Jewishness, I answered, “I’m not Jewish,” to which came the retort, “Well, you’re good enough for the ovens.”

Technically, according to the Nuremberg Laws, my interlocutor was incorrect. Mischlinge zweiten Grades, or one-quarter-Jewish, would in 1935 have made me still eligible for German citizenship—though it would have been an uncomfortable time, I suspect. However, I was not Jewish, and although I knew there was Jewishness in my ancestry, I had never considered the question until then. I was raised in the milk-water, lukewarm embrace of the Church of England. I went to Sunday School as a child and colored in pictures of Jesus and lambs. (My parents were not religious at all.)

Yet, I came to realize, I looked Jewish. Or, if not Jewish, very much Not English. I had dark hair, dark brown eyes, thick lips, a larger than average nose, and, though this was common at the time for gentile and Jew, I was circumcised. (In communal showers, we all got a good look at each others’ cocks.) I was also one of the smallest in class, obviously happier with a book than a football—in fact, never more wretched than on a playing field in winter.

And then there was the name. It is, and there was no getting around this, a Jewish name. (These days, people often assume, until corrected, that I am called “Lazard,” as in Lazard Frères, the banking firm established in the mid-nineteenth century by three French-Jewish brothers; this is a problem in itself for it involves a presumption of great wealth that is inaccurate enough to be almost funny.)

Our next-door neighbor’s son, Arthur Duke, was Jewish, but he didn’t look it. And Duke—could there be a more English name? He also was not obviously brainy. We played cricket and football in his back garden, my cricket slightly better than his, his football considerably better than mine. He invited to me to his bar mitzvah, which remains one of only two times I have seen the inside of a synagogue. He didn’t talk about the preparations much, but apparently had to learn a big speech by heart. I thanked providence that I had not had to endure the same duty.'

'There was a sketch performed by the comedy troupe Beyond the Fringe many years ago, in which Jonathan Miller (still with us, thankfully) said that he wasn’t really a Jew, just “Jew-ish.” That got a laugh in the 1960s; a shocked laugh, perhaps, but that was what was aimed for. Whether it would get a laugh these days, I am not sure. Every single Jew I know, and I know plenty, observant or not, confesses nowadays to being suddenly very aware of their Jewishness, and alive to the potential reaction it can provoke from both the right and, more worryingly (given its professed antiracism), the left. I, too, have been the target of anti-Semitic abuse in the last two years. If someone like me, with only the haziest notion of what the Torah or the Talmud are, can be such a target, I wonder at how much hatred is out there, waiting to boil over again.'

I went to school in the mid-1970s in Amsterdam, I never experienced any anti-Semitism, although my parents used to be careful. No yarmulka outside, no need to reveal your religion, prudence and a certain amount of secrecy et cetera.

Then came the Internet and social media to give at least some of us what we missed out on in the 1970s.

Also, times have changed, the postwar taboos are slowly being dismantled, understandably these taboos were not that powerful in London in the 1970s.