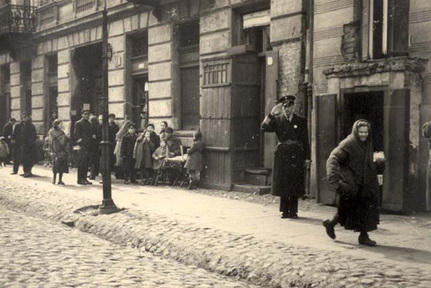 On Netanyahu and whitewashing the Holocaust - Anshel Pfeffer in Ha'aretz:

'For the third time in four years, Yad Vashem’s historians find themselves at loggerheads with Benjamin Netanyahu. Back in 2015, they publicly corrected him on his breathtaking assertion that it had been the pro-Nazi Palestinian Grand Mufti Haj Amin al-Husseini, and not the Germans, who had come up with the idea of wholesale extermination of European Jews.
Earlier this year, they spoke out again, sharply criticizing Netanyahu’s joint statement with Polish Prime Minister Mateusz Morawiecki, that whitewashed the role played by Polish citizens in persecuting Jews during the Holocaust, that they said contained "grave errors and deceptions" which “contradict the existing and accepted historical knowledge in this field.”

And now they find themselves opposed to the prime minister again, as he plans to establish a "consensus narrative" of the Holocaust in Hungary, together with the government of Prime Minister Viktor Orban, which is planning to inaugurate its own "House of Fates" Holocaust museum in Budapest.
The Hungarians already have form on this. The narrative established by Orban’s court historians basically exonerates the fascist wartime Horthy regime and places the blame on the deportation of Hungarian Jews to their deaths in Auschwitz solely on the Germans, with sly hints at Jews who collaborated with the killers.'

You help us now, we help you whitewash your past. Corrupting yourself and others, only opportunism is sacred. The dead are dead for you to remain in power.