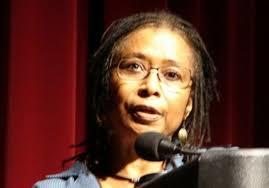 On controversy and Alice Walker, Laura Miller in Slate:

'"By the Book,” a weekly interview with an author about what he or she is currently reading begun in 2012, is widely regarded as one of the most successful recent innovations in the New York Times’ books coverage.* The New York Times Book Review—keenly scrutinized and critiqued by publishers and writers seeking to see their own interests advanced—isn’t a publication that can easily accommodate innovation, but “By the Book” has been popular enough to result in an anthology of past columns, published in 2015. As a person who believes that talking about what you’re reading is more interesting than talking about what you’re writing, I’ve long been a fan.

“By the Book” has also generated some glimmers of controversy over the years, but none to compare with the uproar occasioned by the Dec. 13 column interviewing Alice Walker, author of The Color Purple and a big fan of the wackadoo conspiracy theorist David Icke. Icke believes that a race of man-sized lizards wearing human disguises rules the world, but less entertainingly, he’s also an anti-Semite. When asked which books were on her nightstand, Walker included one of his, And the Truth Shall Set You Free. “In Icke’s books,” she rhapsodized, “there is the whole of existence, on this planet and several others, to think about. A curious person’s dream come true.”

Critics on Twitter and in the press expressed puzzlement and outrage that the New York Times Book Review conveyed Walker’s praise without comment, qualification, or follow-up. By Tuesday, the questions had grown raucous enough to merit a response from the Times in the form of an interview with the Review’s editor, Pamela Paul, in the paper’s “reader center.” Paul explained that “By the Book” is conducted via email, “not a regular phone or in-person interview where you would follow up with questions about their answers.” Furthermore, the editors of the Review have never in the history of “By the Book” supplied context, commentary, or any other form of addendum to an author’s responses. “We do not issue a verdict on people’s opinions,” Paul stated; asked if, in retrospect, she would have done anything differently with Walker’s column, Paul said, “No.”

This isn’t the first time Walker has voiced her enthusiasm for Icke’s work and gotten little pushback. Cultural journalists are apparently all too happy to beam distractedly at the ramblings of a beloved literary figure whom no one pays much attention to anymore and move on. That’s the whole point of enjoyably puffy bits of content like book lists—you can devote as little attention to reading them as did their editors to publishing them. For the NYTBR, qualifying any of Walker’s answers would have meant dissolving the illusion that “By the Book” records a cozy bookish chat instead of perfunctory exchange of emails between two people who haven’t even spoken to each other. And as Paul acknowledges, in the past, readers have complained about “By the Book” interviews with male authors who only seem to read books by other men; novelist Lauren Groff called them out for it in “By the Book” itself. Making Walker, who is black, the only author to be effectively scolded by the editors of the New York Times Book Review for her choice of reading material surely wasn’t the right move, either.'

Besides this uncomfortable recommendation Alice Walker published in 2017 on her site a poem that's slightly problematic as well, an excerpt:

'It is our duty, I believe, to study The Talmud.
It is within this book that,
I believe, we will find answers
To some of the questions
That most perplex us.

You will find some information,
Slanted, unfortunately,
By Googling. For a more in depth study
I recommend starting with YouTube. Simply follow the trail of “The
Talmud” as its poison belatedly winds its way
Into our collective consciousness.'

To link Muslim terrorists to the Koran and therefore to link al Muslims to terrorism is a clear sign of Islamophobia. To link the current or former Israeli governments (and their misdeeds) to the Talmud is mostly antisemitic, and it's problematic as well to not mention in a poem like this the reasons for Zionism.

Bit altogether, I prefer the poems of Günter Grass about Israel to the writings of Alice Walker about this subject, probably he is just a better writer and Alice Walker is by all means no Céline, unfortunately, we could use a contemporary Céline.