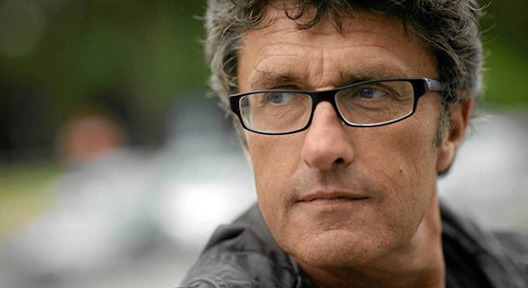 In 2005 I interviewed the film director Pawel Pawlikowksi in London for a Dutch television program about his movie “The summer of Love”. Mr. Pawlikowski turned out to be more bland than his movies, which is probably a good sign. A.O. Scott wrote about “The Summer of Love” in the NYT: ‘The story "My Summer of Love" tells is modest; looking back on it, you may be surprised at how little has actually happened. But the film is a triumph of mood and implication. Mr. Pawlikowski -- aided enormously by the director of photography, Ryszard Lenczewski, who turns sunlight into an active, nearly physical presence -- makes the games and poses of adolescent infatuation feel grand and unsettling, as they do to Mona and Tamsin.’

In his last movie “Cold War”, which reminded me of Fassbinder – the 20th century in Europe: to politicize is to eroticize – seduction and destruction have become even more powerful, thanks also to the main actress Joanna Kulig.

Manohla Dargis writes in The Times that love in this movie is the collusion of illusions of freedom and communist kitsch:

“Wiktor is a Polish expat playing African-American music in Paris, pursuing an illusion of freedom as Zula — whom he calls the woman of his life — performs communist kitsch and gradually falls to pieces. (Poor Irena departs the movie after the social realist hammer comes down.)”

The movie triggered different longings in me, also a longing for the 20th century, which is not necessarily the same as nostalgia.
On a superficial level the movie suggests that political and other circumstances (brutality, oppression, et cetera) are the great enemies of love, but “Cold War” shows also that political and other human darknesses are the enablers of love.