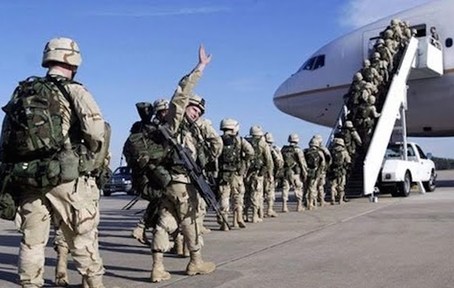 A contrarian view, Gideon Levy in Ha'aretz on Trump and Syria:

"Suddenly, amid the sea of disgust, ridicule and anger that Donald Trump provokes, the U.S. president has made a decision that inspires hope – the withdrawal from Syria. Faced with the chorus of wails from Israel, which of course also includes more than a little schadenfreude directed at Prime Minister Benjamin Netanyahu, we have to say thank you to Trump. Thank you for a decision that will ultimately benefit Israel, the United States and the region.
Not only did the president keep his promise, not only is he continuing his predecessor’s wise policy, but even for Israel, his decision, which has naturally been depicted here as calamitous, bodes well. It will force Israel to stand on its own two feet and reduce both its intoxication with power and its excessive strength, which are extremely destructive for both Israel and the region. This decision promises to bring Israel back down to the ground, at least in Syria. Syria first."

"Since World War II, U.S. military interventions have usually caused cruel and unnecessary mass bloodshed. Peace and freedom are the declared goals of Washington’s wars, but those wars have never produced these ends. From Korea to Syria, Vietnam, Afghanistan and Iraq, these conflicts have left millions of people killed in vain.
So there’s no reason to mourn the United States’ departure from Syria. Leaving aside its abandonment of the Kurds, which is upsetting but predictable, keeping U.S. troops in Syria would bring neither peace nor freedom to anyone."

But a few remarks:

The Kurds are merely an afterthought, this is a bit meager.

Is the U.S. really going to leave Syria? It's hard to believe that a bit more than 2000 troops can make such a difference, whereas tens of thousands of troops in Iraq and Afghanistan couldn't hardly make a difference.

No troops on the ground, just drones and if needed some manned aircraft.

All this still leaves the possibility open that Israel will do America's bidding in Syria.