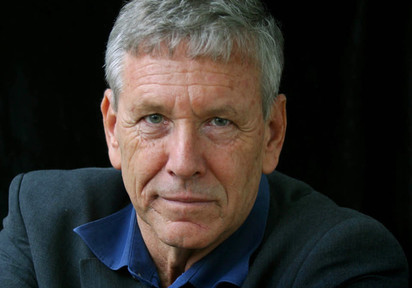 Amos Oz, an appraisal by Gal Beckerman in NYT:

'Given how he envisioned the future of his country, his voice became an increasingly marginalized one in Israel in recent years, even as his stature continued to grow around the world. The native-born, kibbutz-influenced, adamantly secular, left-leaning Israelis of European descent who dominated Israel throughout much of Mr. Oz’s life have had to make way for Sephardic and Russian Jews, and the Orthodox, putting Mr. Oz increasingly in the position of an aging lefty, a prophet with fewer people willing to listen to him in his own country.

In his last novel, “Judas,” shortlisted for the Man Booker Prize, he explored, by revisiting the story of the New Testament traitor, what exactly it means to be out of step with your own society. “Anyone willing to change will always be considered a traitor by those who cannot change and are scared to death of change and don’t understand it and loathe change,” he told me when I interviewed him in 2016. He felt himself a man possessed of moral clarity but denigrated for it in a country that could not make the difficult decisions he thought were necessary.

For all his frustrations with Israeli society and its direction, he was always an optimist, a man who had gone all in on the Zionist experiment and saw no reason to believe that perfection was ever on offer.

I remember being on stage in Germany with Amos Oz, somewhere in the nineties, I believe it was in Düsseldorf. And I remember Oz as a melancholic and fairly kind hunter, sharp, unwilling to make unnecessary moves.
The audience didn't ask much questions abut his books, they wanted to talk about peace, the Middle-East, the solution. Oz gave the answers they wanted to hear, but as Beckerman points out, exactly these answers got him more and more marginalized in Israel.
He kept promoting the two-state-solution, whereas I and many others believe that this is a passed station, we are heading towards a one-state-solution. As an acquaintance in Jerusalem recently told me: "We will get there, but it's gonna be a bloody trip."

From his early work, I liked "Panther in the basement" the best, there's a shade of Modiano in this tale, or maybe there is some Oz in Modiano. Longing, youth, an object of desire and the realization that history won't pass you by. Perhaps that's the meaning of the world "political": being conscious about the fact that history has not forgotten you, nor will it ever forget you.