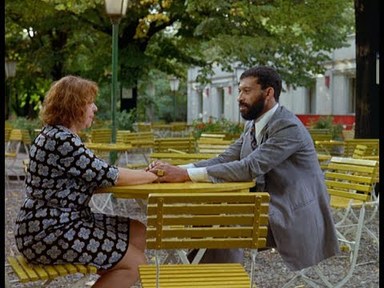 Last night I had the honor to present Fassbinder's movie "Ali: Fear Eats the Soul" (Angst essen Seele auf) in The Hague, about the love affair between an elderly cleaning lady and a young Moroccan guest worker, set in Munich not long after the massacre during the Olympic Games in 1974.
Afterwards there was a discussion with the public, among other things about the question whether the elderly lady was using the guest worker, who is named Ali because his real name is too difficult. Or was he using her?
Some members of the audience saw true love, others nothing but opportunism.
But to slightly paraphrase Kant perhaps love and marriage (the two eventually get married) is nothing but the reciprocal use that one human being makes of the organs and capacities of another.