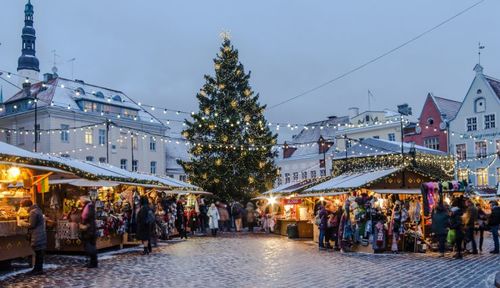 'The name of the strategy ascribed to the Russians is "escalate to de-escalate." Some experts doubt that these considerations even exist in Moscow, but they are being treated as fact under the new U.S. nuclear doctrine. They believe the Russians could simply threaten to use smaller nuclear weapons at a very early stage in a conflict with NATO. That would leave Washington with one of two choices: Stand back and do nothing or respond with its own intercontinental missiles stationed in the U.S.

But that could also provoke a devastating Russian counterstrike. It all boils down to the question of whether Donald Trump would be willing to risk New York's nuclear annihilation to, for example, defend Estonia.

And that's a rather unlikely scenario. U.S. defense expert Elbridge Colby argues in the November issue of Foreign Affairs magazine that NATO's deterrence is no longer credible, instead calling for the development of low-yield tactical nuclear weapons. In this case, though, "low-yield" still means having the power of the Hiroshima bomb.'

'Maas is planning a disarmament conference in Berlin in mid-March, but neither the U.S. nor Russia nor China have pledged to participate at a politically relevant level. "A multilateral treaty remains desirable," says Maas' party colleague Karsten Voigt, "but it is unfortunately deeply unrealistic."

The Polish Foreign Minister is well-aware of that, too. Instead, he proposes strengthening European defense. Czaputowicz is promoting the idea of Europeanizing the French nuclear arsenal, the "force de frappe." The Polish foreign minister emphasizes that Europe's security is based on the deterrent potential of nuclear missiles. And following Brexit, he notes, France will be the only country in the EU with its own nuclear weapons. He suggests these could be placed under European control, thus increasing the continent's military might.

Of course, Polish leaders are also fully aware that Paris is not simply going to delegate its nuclear deterrent to Europe unconditionally. "But that would be in keeping with President Macron's idea of a sovereign Europe," says Czaputowicz.'

To give up New York in order to defend Estonia, that's quite a sacrifice.

And indeed what good is deterrence when it's no longer credible?

We will see what comes first, the climate change catastrophe or war. It's very well possible that they will drive at the same time.