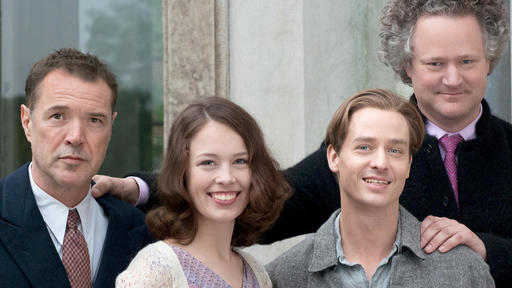 "Never look away" (Werk ohne Autor), a movie directed by Florian von Donnersmarck, sightly or not so slightly based on the life of the German painter Gerhard Richter got some subtle, negative reviews.
Here's for example A.O Scott:

"Back in the decades in which the movie takes place, critics and philosophers made much of the distinction between art and kitsch — a way of defending seriousness and difficulty against the pleasures and comforts offered in different ways by totalitarian ideology and consumer capitalism. That vocabulary has long since fallen out of vogue, but it doesn’t feel out of place here, since von Donnersmarck is essentially trying to use the tools of kitsch to illuminate the mysteries of art. Which is an almost-interesting idea. Or an interesting almost-idea."

I liked the movie, even though it wants to be too accessible (more or less the same could be said by the way about the movie "Cold War") for one, even despite the kitschy reflexes of Von Donnersmarck you have to be German to take it as seriously as he does.
Perhaps this is the most interesting and most disturbing interpretation of the movie: that the Germans were victims of themselves. Guilt and kitsch have become inseparable here. The future tense of guilt is kitsch. The future tense of victimhood is kitsch as well.