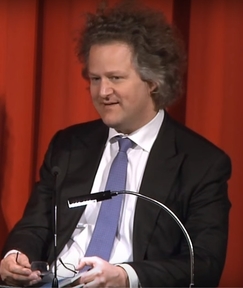 More on Gerhard Richter and the uncanny relationship between him and the director Florian Henckel von Donnersmarck - Dana Goodyear in The New Yorker:

'Not long ago, I wrote to Richter, asking if he could tell me about his interactions with Donnersmarck. To my surprise, he wrote back within a few days:

I thank you for your kind letter about the film of Florian Henckel von Donnersmarck. To recall all the events, I had a look into the quite hefty folder regarding the case von Donnersmarck. Unfortunately, this visualization of all the facts caused such bad feelings, and my dislike of both the movie and the person grew so much again, that I find it impossible to give you an answer.

I hope for your understanding, but I can’t help it.

'Charting the underpinnings of one’s own creative impulses is a murky, perhaps counterproductive, business. That’s what interpreters—journalists, biographers, filmmakers, shrinks—are for. “It’s impossible to do it for your own work,” Donnersmarck told me at lunch. “Even Richter can’t do it for his own work. That’s why he wants Schreiber and me. In a certain way, I’m being his analyst. And he’s the kind of patient who can get super pissed-off at his analysts. In a way, the fact that he gets so super pissed-off at us shows that we’re pointing toward something correct. I think he’s kind of, in a weird way, addicted to this type of analysis.”

In the course of verifying details of his life for this piece, Richter declined to entertain Donnersmarck’s ideas about the significance of the Ema painting. “I’ll leave that to the art historians to figure out,” he said. He did allow that Ema’s father had been her gynecologist, and that there were mysteries and rumors around the treatment that he provided her. But that, he said, was not his story to tell. As for his time with Donnersmarck, Richter had not enjoyed hearing the screenplay read aloud. The only part of the encounters he took pleasure in was the tactful, penetrating questioning of the interviews. That had touched him deeply. Richter said, “He was like a psychoanalyst.”'

So, who is confessing to whom? If Donnersmarck has been Richter's psychoanalyst - at least one of them - his movie about Richter is surprisingly straightforward, capitalist realism it could be called, coincidentally capitalist realism was also the name of an art movement co-founded by Gerhard Richter.

The pain is real, the biopic wants us to believe that that art can conquer pain, but in the process of doing so new victims are being made, that's what both the movie and the article about the uncomfortable relationship between the painter and the director are telling us.