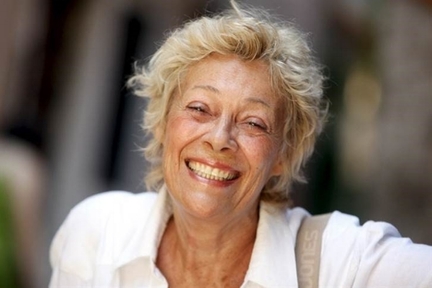 'Through Belladonna’s tangled web of quotations, Drndić names as her predecessors the great thinkers of negativity, the writers of self-annihilation: Kafka, Bernhard, Eliot, Pessoa, Kierkegaard, Gombrowicz, Adorno, Fanon, Debray, but above all Beckett, whose plays she repeatedly invokes as a model for how to think about the relationship between language, thought, and the body. One of the hidden nerves of the novel is a trip Andreas takes to Amsterdam, where he attends a production of Beckett’s Not I. In a dark theater, a single ray of light illuminates a woman’s mouth that floats several meters off the stage. The mouth begins to speak, and what Andreas believes to be one part of a hidden whole, a mouth lodged in an actress’s body, disintegrates into its component parts: lips, tongue, teeth, palate. Yet the parts also reconstruct themselves into a different whole—“the creature,” Drndić calls it, the uncanny bearer of voice, whispering, rasping, screaming out “remnants of the life of the unnamed woman who after many years of silence has been converted into her own (or someone else’s?) mouth.” The words she speaks are difficult to catch, the sentences broken. Their meaning arrives only as an afterthought, if at all. “The audience members catch scorched flakes, particles that fall, billowing, onto their shoulders and chests, so that the small stage appears to be turning into a repository, a storehouse of carbonized corpses,” Drndić writes, echoing her description of the singed memories that Belladonna dispenses.

Drndić’s novels aspire to a similar logorrhea, an outpouring of words so momentous that they can unseal the lips sewn together at the beginning of Belladonna. But Belladonna also demands the idea of the mouth, of speech, to supplement thought. In the Sephardic Cemetery in Belgrade, Andreas finds the engraved headstones of 1,055 murdered Jews—the entire Jewish population of the Serbian town of Šabac. Later, during his trip to Amsterdam, he stumbles onto what he thinks is a playground in The Hague, with six silver climbing frames. When he looks closely, he discovers the names and ages of children scratched into the frames—some of the 2,061 children rounded up by the Nazis and sent to Auschwitz, Sobibor, Bergen-Belsen, and Theresienstadt. Drndić reproduces these names as text, constructing within the novel its own storehouse of corpses. Of Belladonna’s 378 pages, thirty-one contain lists of names. (The lists in Trieste, Drndić’s earlier novel about a woman’s forty-year search for the son the Nazis stole from her, run to 100 of its 357 pages.) “People are forgotten only when we forget their names,” repeats Andreas, frozen before the “merry memorial to the murdered children,” unsure of whether he should stay to read the names or “conclude that life is insignificant, shrug my shoulders and go.” The novel never reveals what he does.

How are we to read these lists? On Yom HaShoah, the day of commemoration and broken covenants, many Jewish communities gather to read the names of victims aloud. Belladonna asks that we imagine something similar, as a secular practice of historical acknowledgment. Drndić suspects that most readers will not submit to her text despite its ethical significance. They will skip the lists, bored, eager to get on with the novel, or they will read them in a curious but noncommittal way, a name sampled here or there, just to feel they did it. Yet only by reading them can we approach the possibility of restitution and grasp its impossibility.

What do the names mean? How can they signify? While one’s throat might close around the names of children the same age as children one knows, or people who share names with the people one loves, the falseness of the association is immediately felt. The reader knows nothing about the people she names, and she does not want to imagine anything, because whatever she imagines would be a lie and a trespass. The names do not signify. They are not comparable to anything. They simply are what they are, just as the children were who they were.

How long does it take to read the names and ages of 2,061 children? Approximately forty-eight minutes. If one reads aloud (the easiest way to keep track), those forty-eight minutes include pauses to clear the throat; to correct the descent into muttering or rushing; to check suspected mispronunciations. What seems like a mechanistic exercise (“a rattling off”) turns out to be a sustained projection of self and otherness, an imaginative process by which history can “get under people’s skin.” “It is polite at least to scan through a list of victims for whose destinies all of us bear responsibility,” Drndić told The Paris Review. But as her tone suggests, politeness will not do; complete ingestion is what the novel commands for the past to open up “unexpectedly, even several decades later, uninvited, swollen with vitality, introducing slight disorder into our reality.”'

Reading these names during a memorial is probably significant and meaningful.
But what do to with these names in a novel? Yes, a name is always also a secret.

But if the aim of the novel is, as Daša Drndić suggests, to introduce "slight disorder into our reality," it's an interesting question whether these names will produce this kind of disorder. The risk is that the reader who is used to experimental literature will understand the names as just another experiment.

To me, it feels a bit too much as a series ready-mades, I'm not sure if you pay respect to the victims of genocide by giving up on most narrative strategies.
"The unspeakable" is not the same as the name of God. But of course, it's a very thin line between religion and literature.
Ad how do we define the unspeakable? Is the Shoah the unspeakable? I would object. The unspeakable is everywhere, which may be another way of saying that the Shoah is everywhere, at least in places where we don't expect it.
Thinking of Borowski I would say more "classical" narrative strategies can do justice to the so-called unspeakable.

But Drndić is closer to Borowski than we might think, based on the last paragraph of this review:

'“My misery is my castle,” Andreas thinks, quoting Kierkegaard as his arms throw their last strokes. “No one can conquer it. From it I fly down into reality and snatch my prey.”'