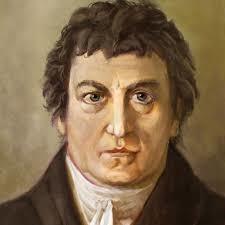 One my mother's birthday a very interesting article by Yoav Rinon, associate professor in the departments of comparative literature and of classics at the Hebrew University of Jerusalem, about German and Jewish-Israeli identity. Even though I happen to disagree with some of his thoughts, his reflection on secularized and less secularized messianism are important, and not only in the context of Germany and Israel. We live in times of secularized messianism:

'To put it more succinctly: Strong and deep-rooted anti-Semitism throughout Europe vehemently thwarted any initiative of Jewish redefinition. In this context, the Dreyfus affair was a watershed, proving that the vast majority of the French people perceived the Jews primarily as Jews, and only secondarily – if at all – as French; they viewed the Jews as possessing loyalty first and unequivocally to their own tribe, and only then – if at all – to the country in which they were living. Such a view clearly implied that the Jews’ patriotism was dubious and worse, that, at least potentially, all Jews were traitors. The Dreyfus affair was an exception only in terms of its positive outcome: the reopening of the trial and the exposure of all the charges against the Jewish military officer convicted of treason as false. Its anti-Semitic roots were definitely not an exception.

This bitter experience did not, however, deter those who aspired to find a national solution to the problem of Jewish identity; on the contrary, they actually invested greater efforts in their new self-fashioning. Instead of relinquishing the linkage between identity and nationalism, those who molded the “new Jew” aspired to a national identity on a secular rather than on a religious basis. In addition, they envisioned the national realization of this identity in an absolutely new locus: Zion. The new Jews now proposed a future country in Asia as a national substitute for their present home countries in Europe, which had rejected them. Yet a future catastrophe was embedded in this solution.
The main flaw in the strategy of looking to Zion in order to realize the amalgamation of the secular and the national lies in the nature of the act itself, which was much more than a geographical shift. The Enlightenment ideal that served as a beacon for the Zionist forefathers, according to which a new Jewish identity could be created on a secular basis, was premised on an absolute separation between the private and the national realms. This ideal could be realized if, and only if, the national had nothing whatsoever to do with the religious. However, Zionism’s appeal for a new state for the Jews, envisioning a solution to the Jewish problem by means of a Jewish state, implies the exact opposite of the Enlightenment ideal: It is not the amalgamation of the national and the secular but rather the amalgamation of the national and the religious.'

'Here, too, one can detect a clear parallel between Jewish-Israeli identity and the German one – not only regarding the degeneration of them both into fascism, but also regarding the origin and motives of this degeneration. One of the prime formulators of the German national identity was Johann Gottlieb Fichte who, in his book “The Science of Knowledge” (1794), defined one’s identity on a double basis: the “I” and the “Not-I.” Fichte claimed – alas, with great accuracy – that we define ourselves both on the basis of what each of us conceives as his or her “I,” namely, on what characterizes me at the level of essence, yet also on the basis of what we perceive as that which is essentially “Not-I”: namely, what is essentially alien to my being. This conception has far-reaching implications regarding those who belong to the group of the “Not-I,” because whoever does not belong to the category to which I belong, soon becomes an existential risk to my own identity.
Fichte, who conceived his role in history as identical to that of Jesus, had an enormous influence on the development of both German philosophy and German nationalism, and the comparison he made between his own philosophy and the four Gospels found an extremely receptive audience. And not only during the 19th century: Martin Heidegger, in his inaugural lecture as rector at the University of Freiburg – a position he was named to as a member of the Nazi Party under the regime of his beloved fuehrer – referred repeatedly to Fichte in his talk. He also focused repeatedly on concepts such as crisis, nation and leadership, the selfsame concepts Fichte emphasized in his nationalistic text “Addresses to the German Nation.” The above indicates quite clearly that the degeneration of the German identity into Nazism was neither an accident nor a mistake. The seeds were there from the outset, and one can recognize them already at the inchoate stages of the fashioning of German identity.'

It's hard probably impossible to say when history exactly becomes an accident or a mistake. And it remains to be seen where Israel is heading to, but the danger of creating a messianic identity, whether it's partly religious, completely religious or secular, is clear.
All identity that is based on messianic reflexes will end up as a vehicle for redemption though sin. We sin in order co create a better world, and for that the reason the sin is not a sin anymore.
The blindness to contemporary messianism in our own cultures is one of the biggest dangers.