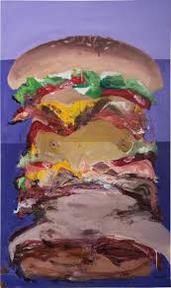 On self-deception ad other sorts of deception, the Holocaust and becoming a con artist:

'But who is Hingst? And what led her to do something like this? Con artists can be found all over the world. But wanting to have Holocaust victims as part of the family tree? That is likely a uniquely German trait.

In photographs, the 31-year-old, with her long brown hair, has an innocent look to her and by no means pretentious. Vanity seems alien to her: Her entire disposition seems as intellectual as it is modest.

Raised in a college-educated family in Lutherstadt Wittenberg in eastern Germany, Hingst graduated from high school in Dessau and studied history in Berlin, Lyon and Los Angeles. In 2013, she moved to Dublin, where she graduated from Trinity College. In an initial telephone call with DER SPIEGEL, she said in a soft voice that her early years in Dublin had been difficult ones, that she knew few people. She said she had been quite lonely around the time she launched her blog, and it became a creative universe that seems to have turned into a kind of ersatz home for her.

And so began the bizarre story of a con artist who doesn't even appear to have had anything to gain with her fabrications -- at least materially. She did, of course, make herself sound more interesting as the alleged descendant of victims of the Holocaust -- at least more so than other, non-Jewish Germans. It also had a positive side-effect, at least for a German: It allowed her to be viewed as being on the side of the victims rather than on the side of the perpetrators. Her story, in fact, is reminiscent of Wolfgang Seibert, who resigned as the head of the Jewish community in the city of Pinneberg near Hamburg after DER SPIEGEL exposed in October 2018 that he was actually the son of Protestant parents and had made up his Jewish family history and ties to the Holocaust.

Hingst, too, sought to establish close ties to the Jewish community. She moderated panel discussions for the Association for the Memorial to the Murdered Jews of Europe, she works for the Selma Stern Center for Jewish Studies Berlin-Brandenburg and she became involved in the Jewish Society at Trinity College. She also sought out other victims of persecution: During their detention in Turkey, she wrote postcards to the Turkish-German journalists Deniz Yücel and Mesale Tolushe. She allegedly wrote to Yücel daily, a move that generated positive publicity for her in the media.

More recently, Hingst published a much-discussed book in March called "Kunstgeschichte als Brotbelag," a coffee-table book depicting replicas of well-known paintings in the form of open-face sandwiches. The project began last summer with the author soliciting images on Twitter and Instagram. The bizarre campaign became so successful that DuMont, a major publishing house in Cologne, transformed it into a book that proved to be a surprising hit.'

'A few minutes later, Marie Sophie Hingst called. Her voice sounded thin and meek, quite different than it had been one day earlier in Dublin. She said she had to apologize, that she had made mistakes and that much of what she had said had been false. She also apologized for her behavior at the hotel the day before.

On May 26, a Munich-based lawyer representing Hingst issued a press release stating that she allows herself a "considerable amount of artistic freedom" on her blog. "This is literature, not journalism or history." A similar statement later appeared on her blog.

It was one last move to retain some degree of decency. Rather than acknowledging that her blog was full of lies, the statement from the lawyer simply makes a new aesthetic claim. Until that point, she had aggressively contradicted critics who questioned the blog's authenticity. Now, though, the fabrications were declared to be fiction.

Through her lawyer, she also claimed that, "at no time," did she "spread untruths in articles with real life data about her own family history." She said she had given Yad Vashem a "list of 22 individuals from the estate of her grandmother," but that she had not vetted them personally. A "list," mind you. The fact is that she filled the 22 forms out herself -- and was now trying to scapegoat her deceased Protestant grandmother.'

I cannot help but feel also sympathy for Hingst.

Perhaps her coffee-table book "depicting replicas of well-known paintings in the form of open-face sandwiches" will survive the scandal. Those who like these books ought to be tolerant of con artists.