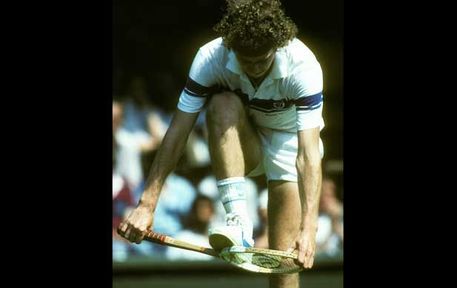 On Boris Becker, McEnroe and some sort of nostalgia:

Kevin Mitchell in the Guardian:

'It was never straightforward for John McEnroe, who is nine years older than Becker and was 22 when he won the first of his three Wimbledon titles in 1981, two years after breaking through at Flushing Meadows. Loud and defiantly brattish back then, he has mellowed into the éminence grise of the commentary box, a little quieter but still opinionated. “I have been waiting a long time [for a young male player to win Wimbledon],” he says. “It’s as close as it’s ever been. I would think at Wimbledon it would be more likely [than at the other majors].”'

Brattish or not, McEnroe's outbursts were sublime theater.