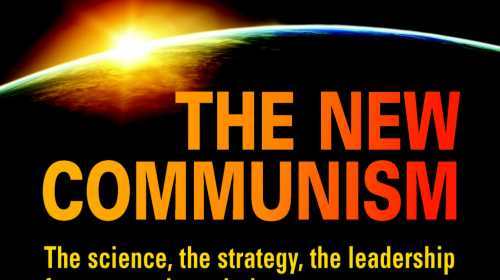 A friend mailed me an article about Fully Automated Luxury Communism by Aaron Bastani, he promotes a new kind of communism, but the difference with the old communism is not completely clear. The old communism said: you will get what you need.
The new communism says: you are entitled to luxury.

Bastani claims that we live in the worst of all times, more or less, this popular belief is a fallacy. Things can change rapidly, but those who hunger for change often hunger for the Apocalypse as well.

"And yet it is true: Ours is an age of crisis. We inhabit a world of low growth, low productivity and low wages, of climate breakdown and the collapse of democratic politics. A world where billions, mostly in the global south, live in poverty. A world defined by inequality."

You don't have to be Steven Pinker to long for a bit of nuance, but at least in one aspect Mr. Bastani is right: we seem to feel entitled to luxury.