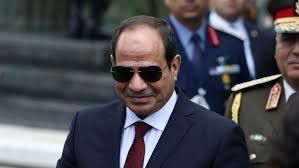 On Egypt, terrorism and torture, Alaa Al Aswany in the Washington Post:

'Freedom of expression has died in the Sissi era. The regime dominates newspapers, television channels, and film and television production companies — all transformed into bullhorns that hail Sissi. Consider what happened to me. Once Sissi became president, I was banned from appearing on television or writing in Egypt’s newspapers. (A television presenter on whose program I was scheduled to appear informed me that I was no longer allowed on TV.) Then a weekly public cultural salon that I had organized for two decades was prohibited. My latest novel, “The Republic As If,” came out in Lebanon, since publishers in Egypt were afraid to publish it. In March, military prosecutors filed a case against me in a military court on account of my novel and my columns that appear on Deutsche Welle’s Arabic website.

Sissi says the crackdown is about fighting “the war against terrorism.” And it’s true that the removal of the Muslim Brotherhood from power in 2013, a harsh blow to Islamist currents around the world, led to terrorist attacks by Islamist extremists in Egypt that claimed hundreds of victims — military personnel, police officers and civilians.

Yet Sissi seems to think any power grab is justified by these attacks, and he uses them as the pretense for a machinery of oppression that targets political opponents more than it does the terrorists. Recently, he held a referendum amending the constitution to extend his rule until 2030, give him control of the judiciary and place the military above the political process. According to the “official” results, 89 percent of voters approved the changes. (Authorities in Egypt have rigged elections since 1952, when the military first took power.)

The machinery of repression has for now quashed dissenting voices, but it hasn’t eliminated the political strains that seem to terrify the president. History teaches us that repression does not annihilate terrorism but swells its ferocity.'

Authorities in Egypt have rigged elections since 1952. Certain traditions never die, or so it seems.

And those phony wars to silence dissent, we should not be too sure that the spirit of Sissi is not coming to us, sooner than we might think.