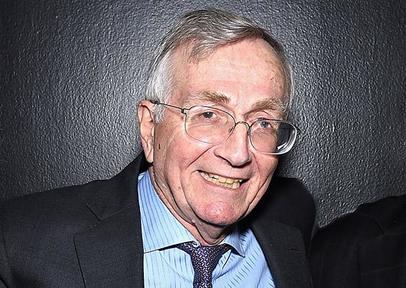 'Now eighty-two, Hersh has told his own story. At its best, Reporter is a lively self-portrait of a maverick and troublemaker. But it is scrubbed and sanitized. He appears in a half-light; the book does not illuminate the darkest corners of his long career. In an interview with Kissinger in the early 1970s, Hersh told him, “The only spirit is truth.” But Hersh is less than truthful in chronicling, for instance, the Korry affair, about which Reporter contains two hasty, misleading paragraphs that ignore the damage he inflicted. (Hersh insists that he was “very surprised” to learn in 1980 that Korry “had not been trusted by the CIA station chief” in Chile.) For a full view of Hersh and an authoritative sense of his career, which embodies the expansive possibilities of muckraking as well as its many perils, one must look elsewhere.

Hersh’s Yiddish-speaking father, Isadore, was, in his son’s words, a “man of mystery” from Lithuania, who died when Seymour was seventeen; his mother was born in Poland. Six decades later, Hersh discovered that his father’s farming village, near Vilnius, was devastated by a German Einsatzgruppe during World War II: 664 Jews were executed in August 1941. After his father’s death, Hersh was told by a family friend from the local synagogue to “fuck them before they fuck you!”

He took over the family business, a dry cleaning store located in what he calls a “black ghetto” on Chicago’s South Side. He was a lackluster student: after being kicked out of the University of Chicago Law School at twenty-two, he worked at Walgreens. But he soon stumbled into a job at the City News Bureau, an outfit that supplied information, mainly about crime and sports, to Chicago’s thriving dailies. With its tobacco haze and cynical scribes, the bureau evoked Ben Hecht and Charles MacArthur’s The Front Page. It was here that Hersh began to acquire his moral education: “the cops were on the take, and the mob ran the city.”

In Seymour Hersh: Scoop Artist (2013), his comprehensive, largely admiring biography, the journalism professor Robert Miraldi suggested that Hersh developed some bad habits in Chicago. A City News Bureau veteran told Miraldi that “in the end, whatever went into a story was accurate, but the methods might not have been ethical.” Bureau reporters would pose as cops or coroners to coax information from unwitting citizens. “Those tactics,” wrote Miraldi, “seem remarkably similar to what Hersh used in finding Lieutenant William Calley a decade later.”'

'A merit of Reporter is the way in which it divulges Hersh’s trade secrets: Be a bookworm (“read before you write”); work the graveyard shift (late one evening in 1967, he allowed Stone to slip in and ransack the AP’s files); scrutinize the retirement notices of government and military officials (some of them will sing); be alert when meeting sources in restaurants (they may leave secret manila envelopes on chairs); behave as though journalism is a bazaar (when CIA Director William Colby asked Hersh in 1973 not to publish a story, “I told him I would do what he wished, but I needed something on Watergate and the CIA in return”); and, lastly, assume your job is precarious (“Investigative reporters wear out their welcome…. Editors get tired of difficult stories and difficult reporters”).'

Hersh's trade secrets may be still valuable, and when the method of truth finding becomes unethical is indeed open for discussion. The question remains: how many lives are you going to destroy and was it worth it?