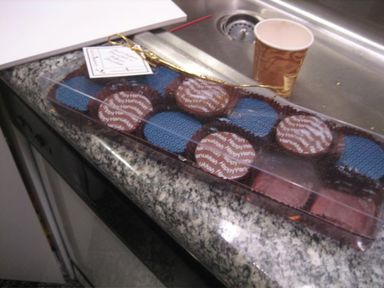 A few weeks ago my manicurist Irina called me to say that she was fired.
She had been too friendly to the customers. Whatever that means.
Irina has found a new place to work; it’s on the Upper West Side, in the basement of a beauty parlor.
According to Irina she was fired after her boss told her that she could not speak Russian anymore at work and she objected to this new rule. Also she stated that her boss was jealous because a photographer working for a Dutch weekly took some pictures of Irina.
I cannot verify this information.
All I know is that Irina gave me today a box of chocolates for Christmas or Chanukah.