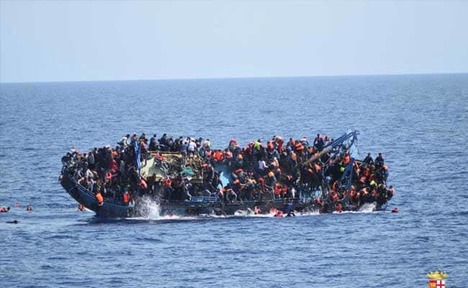 On migration and shame, Mathieu von Rohr in Der Spiegel:

'It's not as though there is a lack of ideas for a morally and legally justifiable immigration policy that doesn't give up control of Europe's borders. For years now, migration experts have been proposing a mix of measures: central and humane initial reception centers where decisions on asylum applications are made expeditiously -- and from which rejected applicants could be swiftly deported. This would require a repatriation agreement with countries of origin and, in exchange, more legal paths for labor migration. Given that the EU is unable to agree on binding admissions quotas, a handful of countries should form a coalition of the willing. Even humane reception camps in third countries under EU supervision could be an option. You can't prevent migration, but you can at least attempt to regulate it. However, the EU member states, the German government included, aren't making any serious efforts to deal with the issue. Instead, they've outsourced the horrors and washed their hands of any guilt.

Which is why it is only a matter of time before the next iconic image of dead immigrants will shock people around the world -- without changing anything.'