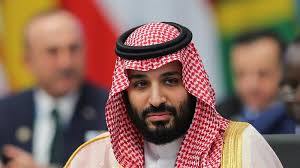 On MBS and the US and some other strange bedfellows - Steven Simon and Daniel Benjamin in NYRB:

'Equally astonishing has been the kingdom’s open embrace of Israel. In 2015 a retired Saudi general, Anwar Eshki, participated in a discussion of Israeli and Saudi mutual interests with Dore Gold, a right-wing Israeli former diplomat, at the Council on Foreign Relations’ office in Washington; in 2017 Saudi media broadcast a lengthy interview with then Israeli chief of staff Gadi Eizenkot. In November 2018 Israeli media leaked a diplomatic cable from the country’s foreign ministry instructing its embassies worldwide to advocate for Saudi foreign policy objectives, especially vis-à-vis Iran. And Israeli prime minister Benjamin Netanyahu has defended MBS for his involvement in Khashoggi’s murder—in which the Saudi go-between with Israel, General Ahmed Asiri, was implicated. It has also been widely reported that the Trump administration expects the Saudis to fund an Israeli–Palestinian peace agreement; according to MBS, the Palestinians should either accept it or “shut up.”

Although all this has been a dramatic departure from decades of practice—in their meeting aboard the USS Quincy, Ibn Saud requested assurances from FDR that the US would oppose the creation of a Jewish state in Palestine—there is evidence that at least some Saudis think the time for it has come. They have long been advised by their public relations firms in Washington and by US diplomats to soften the kingdom’s stance toward Israel so that Congress would be more tolerant of objectionable Saudi policies. But for MBS, this change is as much the result of a shared enmity with Iran and affinity for a fellow authoritarian in Jerusalem as it is a lobbying strategy. He has affirmed more forthrightly than any other Saudi leader Israel’s right to exist and has criticized the Palestinians for failing to make peace. Intelligence cooperation between the two countries appears to have increased dramatically. Yet for Washington, the new attitude cannot be taken for granted. The opacity of the kingdom’s politics makes it impossible to know how other parts of Saudi society view overt ties with Israel, or the use to which opponents of MBS might put this change in policy should they choose to challenge his legitimacy.

What kind of damage is MBS doing to the Saudi state? Three factors were long thought to be essential to preserving al-Saud rule: generous distribution of oil revenues as part of the authoritarian bargain between the royals and their subjects, which might be described as no taxation, no representation; the backing of an outside power, which, in the case of the United States, has endured since Roosevelt’s meeting with Ibn Saud; and family cohesion, which had been cultivated over a century of consensual decision-making by senior princes.'

No taxation, no representation, that's what part of the electorate in the Western world is also longing for.