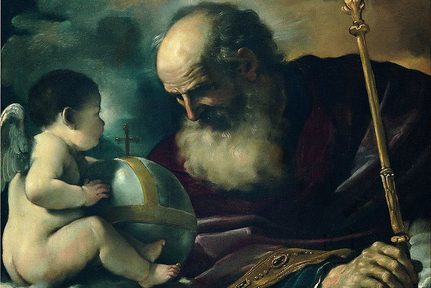 A good friend sent me a quote from this article by Costica Bradatan in NYT and indeed, this article is important and very much worth reading:

'“Why do democracies fail?”

We’ve heard that question a lot in the past few years, in books, on opinion pages and cable news shows, and in an increasingly anxious public debate. But I almost always find myself answering the question with another question: Why shouldn’t they?

History — the only true guide we have on this matter — has shown us that democracy is rare and fleeting. It flares up almost mysteriously in some fortunate place or another, and then fades out, it seems, just as mysteriously. Genuine democracy is difficult to achieve and once achieved, fragile. In the grand scheme of human events, it is the exception, not the rule.

Despite democracy’s elusive nature, its core idea is disarmingly simple: As members of a community, we should have an equal say in how we conduct our life together. “In democracy as it ought to be,” writes Paul Woodruff in his 2006 book “First Democracy: The Challenge of an Ancient Idea,” “all adults are free to chime in, to join the conversation on how they should arrange their life together. And no one is left free to enjoy the unchecked power that leads to arrogance and abuse.” Have you ever heard of anything more reasonable? But who says we are reasonable?'

' In Dostoevsky’s “The Brothers Karamazov,” the Grand Inquisitor says: “There is no more ceaseless or tormenting care for man, as long as he remains free, than to find someone to bow down to as soon as possible.” And what a sweet surrender! Alexander the Great, Julius Caesar, Napoleon, Hitler and Mussolini were all smooth talkers, charmers of crowds and great political seducers.

This is, roughly, the human context against which the democratic idea emerges. No wonder that it is a losing battle. Genuine democracy doesn’t make grand promises, does not seduce or charm, but only aspires to a certain measure of human dignity. It is not erotic. Compared to what happens in populist regimes, it is a frigid affair. Who in his right mind would choose the dull responsibilities of democracy over the instant gratification a demagogue will provide? Frigidity over boundless ecstasy? And yet, despite all this, the democratic idea has come close to embodiment a few times in history — moments of grace when humanity almost managed to surprise itself.

One element that is needed for democracy to emerge is a sense of humility. A humility at once collective and internalized, penetrating, even visionary, yet true. The kind of humility that is comfortable in its own skin, one that, because it knows its worth and its limits, can even laugh at itself. A humility that, having seen many a crazy thing and learned to tolerate them, has become wise and patient. To be a true democrat, in other words, is to understand that when it comes to the business of living together, you are no better than the others, and to act accordingly. To live democratically is, mainly, to deal in failure and imperfection, and to entertain few illusions about human society.'

What is missing is exactly this sense of humility. The desire to bow down to a master has nothing to do with humility, it's first and foremost the desire to be freed from unbearable responsibilities.