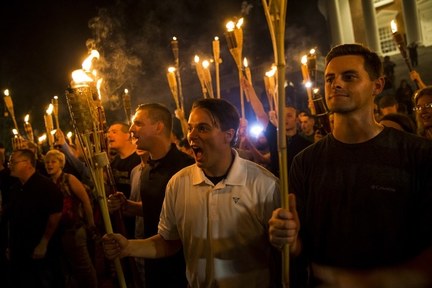 On the greatness of America and diverting tactics, Ilhan Omar in NYT:

'But the beauty of this country is not that our democracy is perfect. It’s that embedded in our Constitution and democratic institutions are the tools to make it better. It was in the diverse community of Minneapolis — the very community that welcomed me home with open arms after Mr. Trump’s attacks against me last week — where I learned the true value of democracy. I started attending political caucuses with my grandfather, who cherished democracy as only someone who has experienced its absence could. I soon recognized that the only way to ensure that everyone in my community had a voice was by participating in the democratic process.

Today, that basic promise is under threat. Our democratic institutions have been weaponized. The Trump administration has sought to restrict people from exercising their voting rights. It has sought to undermine the basic checks and balances of our Constitution by not respecting subpoenas from Congress. And the president has used overtly racist rhetoric to strike fear and division in communities of color and religious minorities across the country.

The idea — explicitly expressed by this president and enshrined into law by executive order — that people from certain Muslim-majority countries cannot enter this country is not just bad policy; it is a direct threat to liberal democracy. The chants of “Jews will not replace us,” shouted at a rally in Charlottesville in 2017 by white supremacists, whom this president tacitly accepted, are a direct attack on the values of religious freedom central to the founding of our nation.

The reasons for weaponizing division are not mysterious. Racial fear prevents Americans from building community with one another — and community is the lifeblood of a functioning democratic society. Throughout our history, racist language has been used to turn American against American in order to benefit the wealthy elite. Every time Mr. Trump attacks refugees is a time that could be spent discussing the president’s unwillingness to raise the federal minimum wage for up to 33 million Americans. Every racist attack on four members of Congress is a moment he doesn’t have to address why his choice for labor secretary has spent his career defending Wall Street banks and Walmart at the expense of workers. When he is launching attacks on the free press, he isn’t talking about why his Environmental Protection Agency just refused to ban a pesticide linked to brain damage in children.'

'The consequences of this fight will not just be felt here at home but around the world. Right-wing nationalism in Hungary, Russia, France, Britain and elsewhere is on the march in ways not seen in decades. America has been a beacon of democratic ideals for the world. If we succumb to the fever of right-wing nationalism, it will have consequences far beyond our borders.

The proudest moments in our history — from the Emancipation Proclamation to the civil rights movement to the struggle against fascism — have come when we fight to protect and expand basic democratic rights. Today, democracy is under attack once again. It’s time to respond with the kind of conviction that has made America great before.'

Two footnotes: the greatness of America is a dogma in American politics that cannot be challenged.

The chant "Jews will not replace us" is not an attack on the values of religious freedom. What was under attack in Charlottesville was not the Jewish religion, but the Jewish ethnicity, the belief that there is such a thing as the Jew, whether this person identifies as Jewish or not.
The enemy of the Antisemites is not the religion but the ethnicity, that this ethnicity might be an illusion is not very important. Mass murder and illusions go very well together.