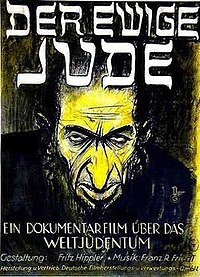 On rat-infested jargon and moral imperatives, Chemi Shalev in Haaretz:

'Trump’s “rat-infested” jargon is both a red line and a litmus test, one that Dermerite Israel will surely fail, almost by definition. For U.S. Jews it is a matter of self-preservation as well as moral imperative. Failure to speak out forcefully, in unison and across the political spectrum, including right-wing groups that cherish Trump’s allegedly pro-Israel policies, would be a betrayal of the liberal values that the American Jewish community has almost universally embraced and of the historic Jewish support for the Civil Rights Movement, which Dermer himself extolled.
On the other hand, the quandary that has plagued Holocaust-conscience Jews for the past 70 years – how could the world stay silent – is easier to decipher today. When a ruthless demagogue stirs up racial enmity in order to advance his political aims, when his base is swept away by fear and loathing, when political allies are enthralled by his rhetoric or fail to speak out for fear of retribution, when fair-minded groups are reluctant to draw attention or make waves and when the calculations of foreign countries are based on ruthless realpolitik with no regard or even pretense of moral judgment – that’s how it is made possible. Even if one rejects any comparison of Trump to Hitler, America to Germany or Jews to African Americans, the stench of racist incitement and the reek of craven collaboration are one and the same.'

Where vermin becomes a metaphor for the other i.e. the enemy, extermination will be the next metaphor.