The centre of human nature 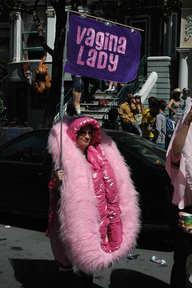 In a recent issue of TLS A.S. Byatt wrote an article about literature and neuroscience, among other things: ‘Both Freud and Darwin put sexuality at the centre of human nature. In Darwin, sexual selection is one of the important ways living creatures pass on their characteristics. Freud thought all human action was driven by libido, and libido was sexual desire. The Darwinist Richard Dawkins sees all life as driven by “selfish genes”, seeking self-replication and outliving the bodies in which they are temporarily housed. In a way foreshadowing this, Freud saw what he called “the germ-cell” as immortality: the body dies, the gene lives on. Self-definition in terms purely of sexuality is one consequence of the thought patterns of the last century, and has obviously affected fictive forms; strikingly so in the works of two major American novelists, Saul Bellow and and Philip Roth.’

In my book sex is about getting rid of yourself, not about defining yourself, but maybe some people, fictional or not, build their identity upon their sex life. Does that imply that people with an undisclosed sex life have an undisclosed identity?