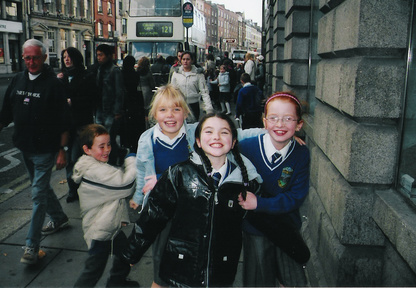 Sunday night I had a few pints of Guinness with Roddy Doyle. He mentioned how difficult it has gotten to write a realistic dialogue set in contemporary Dublin, because of the influx of Eastern-European immigrants.
The language, he said, is changing because of the immigrants.
I found this for various reasons an interesting remark.
Every author does a certain amount of research for a new book – consciously or unconsciously – and it’s telling what exactly he is looking for while doing his research.
Writers live off the living and the dead. Sometimes the writer does the killing him self, sometimes he just waited for it to happen. Anyhow he is collecting evidence to build the illusion of realism.