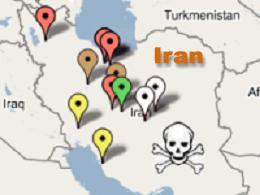 John Vinocur writes in yesterday’s International Herald Tribune: ‘An unnamed senior official described by The New York Times as close to the International Atomic Energy Agency, a UN organization often derided as a soft on Iran by the Bush administration, scorned the U.S. agencies' estimate as mushy.
"To be frank," the official said, "we are more skeptical. We don't buy the American analysis 100 percent. We are not that generous with Iran."
In France, where the government of Nicolas Sarkozy, acting in coordination with Washington, has made vast efforts to enact separate European Union sanctions going beyond those of the UN Security Council, the report was characterized by an expert on nuclear proliferation as occasionally brushing close to the "hallucinatory."’

In my modest opinion the new American National Intelligence Estimate can be only be understood as the result of secret negotiations between the US and Iran.