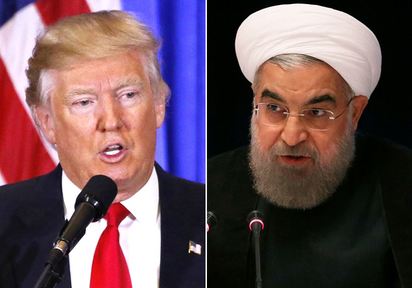 Previous administrations have said that Iran was arming and training allied groups such as the Lebanese militia Hezbollah and Shiite militias in Syria or Iraq to extend its regional influence. Yet in the past, the United States has generally declined to retaliate against Iran militarily even when those groups have attacked the American military, as Iranian-backed Shiite militias did during American occupation of Iraq.'

Why would Iran provoke the US when a meeting between Trauma and Rohani appears to be immanent?

But given Mr. Trump's track record, and God knows this man is capricious, I would bet that the US will refrain from action. Till now this is Mr. Trump's only decent belief: war is bad for his business.