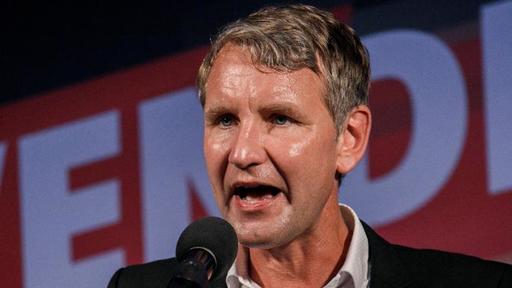 Björn Höcke, according to the NYT "Germany’s most notorious far-right politician" threatened an interviewer working for the German broadcaster ZDF and refused to continue the interview after he was confronted with the fact that his own party members couldn't distinguish between his language and that of Mr. Hitler.

What's interesting is that unlike certain politicians in other countries Mr. Höcke refuses to accept responsibility for his language. He rants on about political correctness but he is careful not to repeat his provocations.

Whether this is proof how cunning Mr. Höcke is or a sign of slight hope is open to debate.