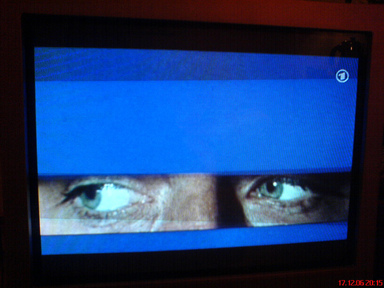 Tuesday night I was briefly in Amsterdam and before dinner I visited my mother.
It had escaped me completely that Chanukah had already started; it turned out to be the last evening. The candles were lit and my mother was eating her dinner while she was watching a thriller on German television.
The thriller was not that bad and I remembered that when I was young my parents didn’t have television – a bad influence if ever there was one – but on Sunday night we were allowed to go to the neighbors to watch “Tatort” (a German murder mystery).
I still have fond memories of “Tatort” – maybe I should say I have a weak spot for German television.