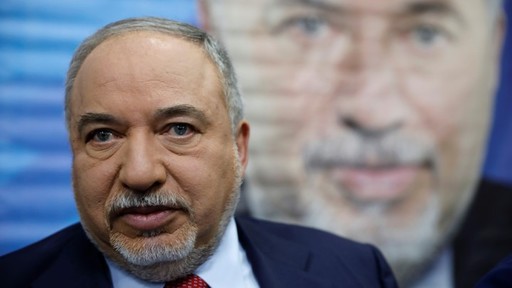 On being a king maker and your most beloved enemies, Anshel Pfeffer in Haaretz:

"One of the most interesting things about Lieberman’s press conference is that while he repeated his usual slurs about Israeli-Arab politicians, he spent ten times as long trashing the ultra-Orthodox as being “more anti-Zionist” than in the past, even though this untrue. To tar an entire community, he mentioned — three times — this week’s visit to Israel of the Satmar Rebbe, the leader of an obscure and isolated anti-Zionist Hasidic sect.
One thing is clear: Lieberman is sticking to his strategy of trying to drive a wedge between the right-wing/ultra-Orthodox alliance that has kept Netanyahu in power for so long. Attacking the Haredim worked well for him in September’s election, though not quite well enough to send Netanyahu packing. Lieberman is now doubling down on that strategy.
Can anything still change in the next 21 days? For the first time ever, Israel will at midnight enter the period in which there is a free-for-all when any lawmaker can form a government if they get 60 other backers. But there’s absolutely no reason why Netanyahu, Gantz or Lieberman will change their minds now. And if, as expected, the attorney general delivers his verdict on the indictments in this time frame — and there’s no major reduction of the charges against Netanyahu — positions will only harden.
The chances of avoiding an unprecedented third election in a year are now vanishingly slim, and Lieberman has already launched his campaign."

Arabs, Haredim, what's the difference? The intensity of hatred is what counts.

Democracy is fine, but we need to find new people, to paraphrase Bertolt Brecht.