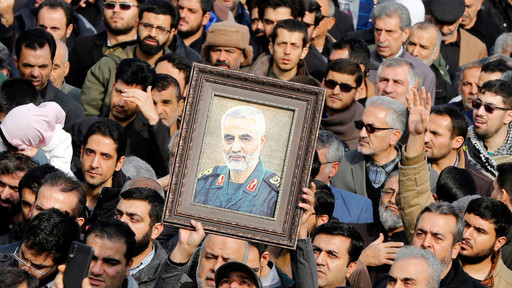 On another assassination and its aftermath - Zvi Bar'el in Haaretz:

'In Syria, however, Iran must take Russia’s interests into account; Moscow has already denied Tehran most of the economic spoils, and Russia is unlikely to stand idly by if Syria becomes a theater for a total Israel-Syria war. In this context, it’s interesting to note the reaction from a Russian senator, Konstantin Kosachev. Kosachev, chairman of the Senate’s Foreign Affairs Committee, called Soleimani’s assassination “the worst-case scenario” and said the Iranian response “will not take long.” But his statement contained no condemnation or threat, and mirrors the position of Foreign Minister Sergey Lavrov, who said the assassination would increase tensions in the Middle East. Such watered-down statements show how removed – and even indifferent – Russia’s policy is on the conflicts Iran is driving in the region – as long as they don’t target Russian interests. This is the policy that also resulted in the military coordination between Israel and Russia that lets Israel strike Iranian targets with virtually no restrictions.
The way Iran frames the assassination will be key to understanding its policy now. Will it see it as a limited, though severe, event that requires tough but focused revenge? Or will it consider the strike a mortal blow to its prestige and security apparatus, a catalyst for a wide-ranging war?'

I would answer Bar'el's question: No, Iran has no interest in "wide-ranging war" - nor any of the other major players in the Middle East, which is not to say that war is impossible, war can be an accident, but Iran is going to opt for focused revenge, knowing that this is the best survival strategy at the moment.