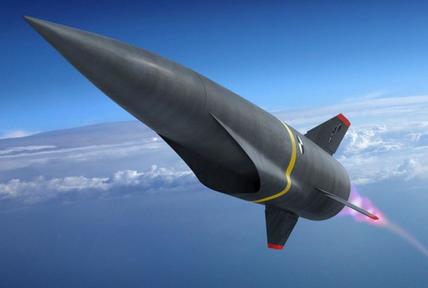 On arms races and boots on the ground -Steven Simon in NYT:

'Last week, President Vladimir Putin of Russia announced the deployment of the Avangard, among the first in a new class of missiles capable of reaching hypersonic velocity — something no missile can currently achieve, aside from an ICBM during re-entry.

Such weapons have long been an object of desire by Russian, Chinese and American military leaders, for obvious reasons: Launched from any of these countries, they could reach any other within minutes. No existing defenses, in the United States or elsewhere, can intercept a missile that can move so fast while maneuvering unpredictably.

Whether or not the Avangard can do what Mr. Putin says, the United States is rushing to match it. We could soon find ourselves in a new arms race as deadly as the Cold War — and at a time when the world’s arms control efforts look like relics of an inscrutable past and the effort to renew the most important of them, a new START agreement, is foundering.

Hypersonics represent an apotheosis of sorts for many warfare theorists and practitioners, who have long contended that air power alone can have a decisive effect in a conflict. They have always been wrong. The allies lost about 100,000 aircrew members in an attempt to destroy German industry and the popular will to fight during World War II, but the war in Europe was won with boots on the ground.'

'Hypersonic weapons, at long last, appear poised to fulfill the promise of air power. In an era when the use of ground troops has proved costly, unpopular and generally ineffective, and where threats might be real but not necessarily “strategic,” they are a godsend: missiles whose accuracy minimizes the risk of collateral damage, that pose no risk to aircrews, are unstoppable and phenomenally accurate, can yield an impact equal to five to ten tons of high explosive with no warhead at all yet be capable of delivering a nuclear bomb, and can reach nearly every coordinate on the surface of the earth within 30 minutes. Death from the air, guaranteed on-time delivery.

The United States has been developing its own hypersonic program, under the project name Prompt Global Strike. But the Russians got there first because they’ve made hypersonics a priority: They offset Russia’s inability to sustain an expansive high-tech military infrastructure, and they represent a direct response to Donald Trump’s withdrawal from the Intermediate-Range Nuclear Forces Treaty. Mr. Trump withdrew presumably so America could develop stronger defenses against a nuclear attack; with the Avangard in its arsenal, Russia doesn’t have to worry too much about penetrating whatever defenses the American military had in mind.'

A friend sent me just this sentence: 'Death from the air, guaranteed on-time delivery.'

The Russians got there first, well this is the story of the last decade or so, looking at the Middle East, Ukraine et cetera.

The more and more popular belief that all international's agreements, yes by nature not ideal but often better than nothing, are just conspiracies, or tools to weaken "us", whatever we mean by "us", will make it harder to come to an international agreement for hypersonic programs.